Why Easter comes twice a year 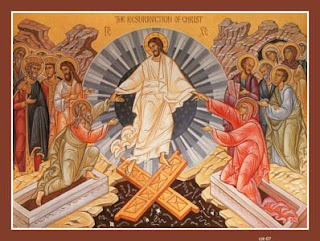 One of the advantage of being an Orthodox Christian living in America is the ability to celebrate Easter twice in some years, including 2008.

Most Christians observed Easter on March 23 but Easter is really on Sunday, April 27.

So for the 250 million Orthodox Christians around the world, I wish you a Happy Easter, or Blessed Pascha.

Easter is a movable holiday on the Christian calendar. It can be celebrated as early as March or as late as May. To understand why the Western churches (primarily the Catholic Church) celebrate Easter on a different date than the Eastern churches (or Orthodox), you need a quick history lesson.

The Christian Church was founded on the Day of Pentecost in Jerusalem in 33 A.D. — 50 days after the resurrection of Jesus Christ. The Orthodox branch believes it has maintained the same tradition for the past 2,000 years and can trace its liturgy to the original teachings and traditions of Jesus and the apostles.

For the first 1,000 years after Christianity was established, there was one Christian Church — the one that was persecuted by the Romans until the Emperor Constantine made it the state religion.

As the empire grew, the center of church authority began to splinter into rival factions, one centered in Constantinople (still the home base of the Orthodox Church), and the other based in Rome (eventually Vatican City), where popes rule the Catholic Church.

While Catholics are led by the pope, the Eastern churches are autonomous, headed by senior bishops known as patriarchs. They do not recognize the authority of the pope. His All Holiness Bartholomew I, Archbishop of Constantinople, New Rome and Ecumenical Patriarch, is the 270th successor of the 2,000 year-old Christian Church founded by St. Andrew.

Bartholomew is the "first among equals" of the Orthodox Primates, who govern their respective churches in Greece, Cyprus, Russia, eastern Europe, Africa and the Americas.

Since the "Great Schism," the Catholic Church has splintered into numerous other denominations, while the Orthodox Church has changed little over 2,000 years, although it has taken on the identify and customs of the countries it serves.

In Greece and Cyprus, the Greek Orthodox Church is dominant. In Russia, it's the Russian Orthodox Church. You also have Romanian, Antiochan, Bulgarian, Carpatho-Russian, Albanian, Serbian and Ukrainian churches. All celebrate the same liturgy, but do so in different languages.

Which brings us back to why Easter is celebrated twice.

The formula for Easter is the same for both Catholic and Orthodox churches: The holiday is celebrated on the first Sunday after the first full moon on or after the Vernal Equinox, but the churches base the date on different calendars — Western churches use the Gregorian calendar, the standard calendar for much of the world, while Orthodox churches use the older Julian calendar.

Eastern Orthodox church leaders also follow scriptural tradition: Easter should fall after the Jewish Passover because the crucifixion and resurrection of Jesus Christ took place after he entered Jerusalem to celebrate Passover.

For more on the Orthodox faith, visit http://www.goarch.org/