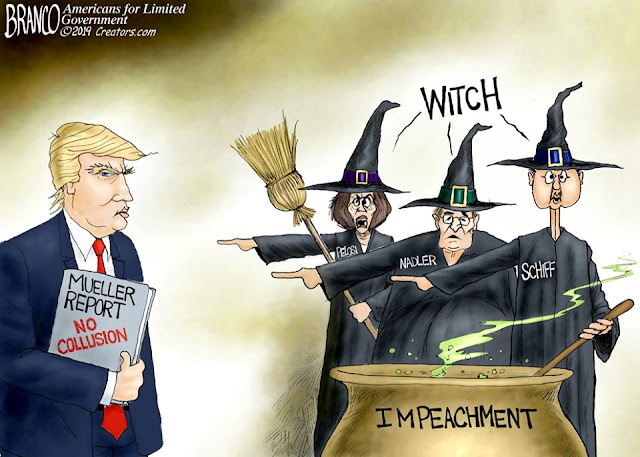 American Conservatives Should Cheer Up, Because They’re Winning

American Conservatives Should Cheer Up, Because They’re Winning: American conservatives always seem to think they are losing, but compared to the rest of the English-speaking world they are absolutely winning.

Lawsuit Suggests Spying On Trump Campaign Started In Early 2016: Svetlana Lokhova’s complaint now raises the question of whether the spying on the Trump campaign date back even further, to late 2015 or early 2016.

Why Democrats Are Scared Of Declassifying Spygate Documents

Why Democrats Are Scared Of Declassifying Spygate Documents: It is hard to comprehend why any lawmaker would object to the president’s decision to disclose truths about one of the biggest scandals in U.S. history.

What Those Who Seek Socialism Really Need Is A Church And Family: Plato taught us, in imprecise terms, that the socialism we need is not that of a command economy, but that of family, church, and community. 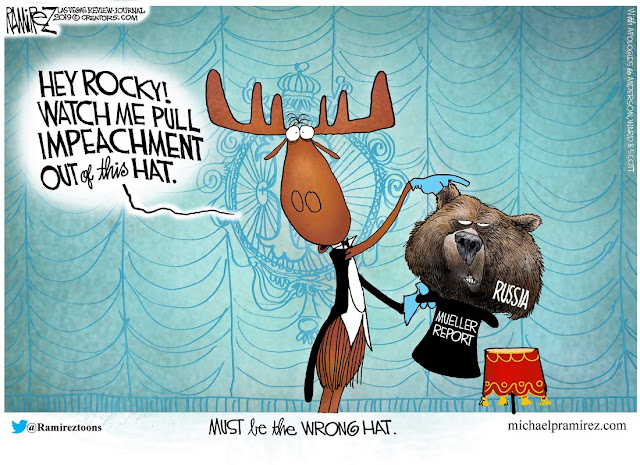 Impeachment Is For Democrats What Heroin Is For Addicts

Impeachment Is For Democrats What Heroin Is For Addicts: Democrats nationwide desperately want to impeach—preferably President Trump, but impeaching anyone would also be good, although not as cathartic.

3 Times Media Claimed Russiagate Transparency Would End America: It is worth remembering other recent times the media claimed that Russiagate transparency would have devastating results. 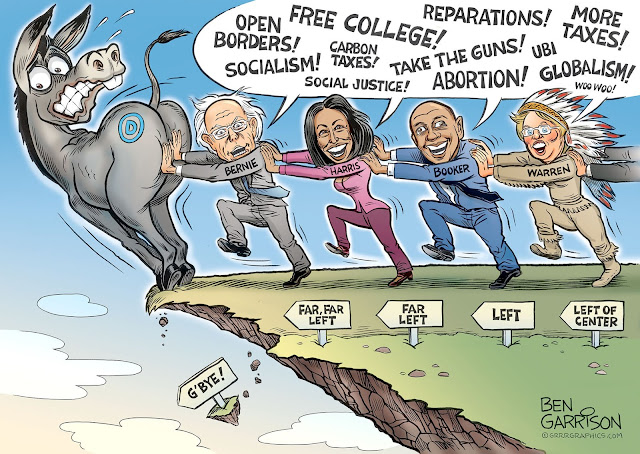 More than 10,000 people attended Trump’s rally in Montoursville, many lining up hours before the event to get into the rally. I don't even know where Montoursville is and I've lived in Pennsylvania for almost 50 years.

Contrast that with Joe Biden’s rally in Philadelphia, where the former vice president announced he will set up his campaign headquarters. A couple hundred people attended Biden’s rally and that includes paid campaign staffers and paid union members.

Nobody is being paid to attend Trump’s rallies, which have “sold out” all across the country. He's a rock star and the enthusiasm from supporters is genuine.

If anything, the enthusiasm for Trump has grown in Pennsylvania since the 2016 election.

"The loudest voices of tolerance today have little tolerance for traditional Christian beliefs."

So said Vice President Mike Pence recently while addressing the graduating class at Liberty University.  If anything, the Vice President's remark was an understatement.  The Left doesn't just have little tolerance for traditional Christian beliefs, it is working hard to scrub the influence of Christianity from the public square.

Now that their love affair with socialism has come out of the shadows the Left has launched an all-out campaign to place big government in control of all aspects of - not just our economy - but of our lives.  As with any totalitarian movement it cannot establish government as the dominant force in society without eradicating the competing influence of religion.

And so, the Left has ramped up its attacks on anything and everything Christian.  Here in Penn's Woods two such recent attacks have captured national attention. Both involve state representatives from Philadelphia which should change its slogan from the "City of Brotherly Love" to the "City of Hateful Intolerance."

The Left's latest toxic stew of hatred began on the day Representative Movita Johnson-Harrell was sworn into office. Rep. Johnson-Harrell it seems is the first woman of the Muslim faith to serve in the Pennsylvania General Assembly.  That apparently made unacceptable the utterance of a Christian invocation to open the session.

Rep. Stephanie Borowicz, a freshman lawmaker herself, had long been scheduled to give the invocation that day and - true to her faith - delivered a standard Christian prayer.  This sent the Left into a fit of intolerance the flames of which were fanned into a national controversy with Rep. Borowicz being denounced by all the usual suspects in the mainstream media.  The day ended with Rep. Johnson-Harrell casting one final aspersion on the Christian religion by labeling the Borowicz invocation "idiotic."

Now we come to the antics of State Representative Brian Simms.  He decided to video himself verbally harassing an anti-abortion protester outside of a Philadelphia abortion clinic.  Simms, whom someone saw fit to elect to public office, unleashed a verbal tirade that went on for nearly eight minutes. He called the woman, who continued to recite the Rosary during the onslaught, an "old white woman," labeled her presence "shameful" and "disgusting."

It was a premeditated ambush.  Simms actually videoed his assault, posting it on social media and asking the woman for her home address so those wishing to continue the practice of killing unborn children could protest in front of her home.

To make matters worse, Simms then accosted a woman praying with her two teenaged daughters and their friend outside of the abortion clinic. In the parlance of social media he "doxxed" them, asking viewers to identify the teen girls and find their home addresses.  A full grown (although obviously not mature) man asking for teen girls' home addresses is totally improper behavior and creepier than a Joe Biden hug.

In both instances imagine if you will what would have happened had the roles been reversed?  What if a Christian legislator had termed a Muslim prayer "idiotic?"   What if a pro-life lawmaker had verbally harassed then stalked pro-abortion protestors?  The Left would have gone into a fit of indignant outrage.

What has been their reaction?  Crickets.  Every Left-wing Democrat from Governor Tom Wolf on down who morally posture when it suits their political purposes have either made watered down statements or remained completely silent.  Likewise, reaction from the mainstream media has also been muted.

At her humble home in Calcutta Mother Teresa had a prayer posted on her wall.  It may or may not have been written by her, but the prayer begins with the words: "People are often unreasonable, irrational, and self-centered.  Forgive them anyway" and ends: "In the final analysis, it is between you and God.  It was never between you and them, anyway."

The victims of Rep. Simms and Johnson-Harrell's hateful intolerance have taken the high road.  All chose to offer prayers for those who had trespassed against them rather than to respond in kind.  They are living examples of Mother Teresa's prayer, because they know in the final analysis it was never between them and those who mistreated them.

Time for Dems to Pay the Barr Tab 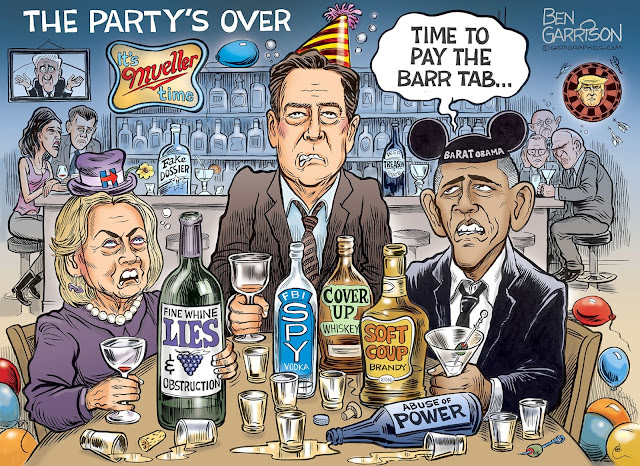 Trump’s Plan To Reform Legal Immigration Is Long Overdue: Shifting immigration away from family reunification and toward skills-based employment is something we should have done long ago. 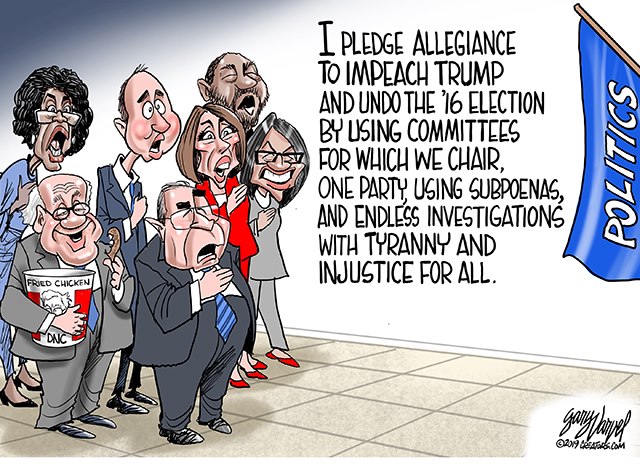 Government Surveillance Of Political Activists Is Scary, Illegal, And Common

Government Surveillance Of Political Activists Is Scary, Illegal, And Common: When government agencies don’t like what you say, they have many tools to shut you down. One of the most effective is putting you under a microscope. 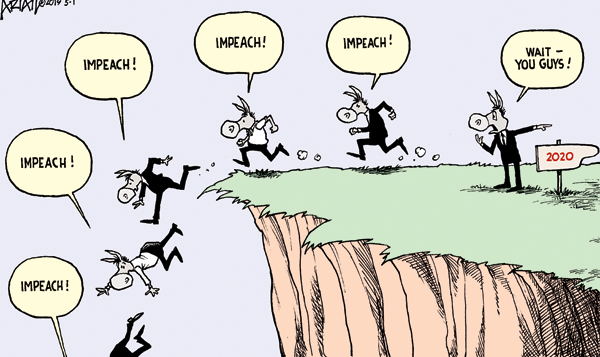 How Overemphasizing Individualism Made Liberalism Morally Bankrupt: As a political theory for rational, autonomous adults, liberalism has no place for the dependent and disabled, against whom it's committing genocide. 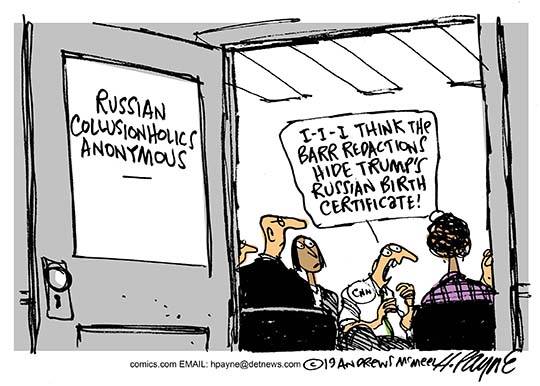 By Lowman S. Henry
Pennsylvania has divided state government with a Democrat in the governor's office and Republicans in control of the state legislature. That divide was on full display this week as the GOP unveiled a plan to lock in the economic gains of the past two years, while Governor Tom Wolf proposed a radical environmental agenda that would slam the state's economy into reverse.
First the good news: as a result of the Tax Cuts and Jobs Acts of 2017, and the Trump Administration's efforts to reduce federal regulations, Pennsylvania's economy is booming.  Recent statistics from the state Department of Labor and Industry show a record low unemployment rate of 3.9% and continued job growth.
The national economy is so strong this expansion is happening in Penn's Woods despite the fact that every survey of state-by-state competitiveness shows our business climate to be near the bottom of the list.  In an effort to change that - and ensure the economic good times continue - House Speaker Michael Turzai this week announced the Energize PA initiative which is a "pro-growth, pro-jobs legislative package."
The package of bills is designed to capitalize on the fact that energy production is one of the fastest growing segments of our state's economy. It will encourage manufacturing expansion while reducing the regulatory burden and shorten the permitting process.
Among the proposals is the creation of Keystone Energy Enhancement Zones that would make businesses eligible for state and local tax exemptions and credits, institution of a tax credit for industries using Pennsylvania methane in their production process, creation of a registry of abandon manufacturing sites that will list properties available for development, and make low-cost gas energy more available to residents and to manufacturers.
Additionally, the Energize PA plan would create an independent commission that would review and propose changes to the Department of Environmental Protection's (DEP) permitting processes with an eye toward streamlining those procedures thus allowing companies to adapt more quickly and improve their economic competitiveness.
The proposals are environmentally sound as they will encourage the clean-up of brownfield sites and significantly reduce carbon emissions helping Pennsylvania meet Clean Power Plan goals ahead of schedule and without government interference.
While Republicans propose tried and true measures to expand the state's economy and foster the creation of new, family-sustaining jobs, Governor Tom Wolf uncorked his "Climate Action Plan," a toxic stew of radical environmental goals which taken together form a blueprint for economic disaster.
Wolf is embroiling Pennsylvania in the Climate Change Alliance, a loose confederation of states working to undercut President Trump's decision to remove the United States from the Paris Climate Accord. That now discredited agreement placed unrealistic goals and restrictions on so-called "greenhouse gas emissions" to combat the Left's belief that those emissions are somehow contributing to global climate change.
Knowing his radical plan could not win approval in the legislature, Governor Wolf has decided to try and advance his environmental agenda through regulation and the deep state bureaucracy. Essentially a Green New Deal for Pennsylvania, the goal is to eventually completely eliminate CO2 emissions.
Not only is that unrealistic, it is undesirable and unnecessary.  The governor's plan would cripple the economy and devastate family budgets as it would require the elimination of all carbon-based fuels - meaning no gas-powered cars or trucks, no home heating by natural gas or oil, nor the manufacture of the thousands of plastic items using carbon bi-products.
Having worked itself into frenzy over climate change, and the fact President Trump does not buy into its dire predictions, the Left has become even more radicalized.  Governor Wolf is fully under their sway.  In addition to the danger his proposals pose to the economy and our way of life, his efforts to end-run the legislative process are alarming.
These two visions of Pennsylvania's future will collide in coming months as legislative Republicans seek to enact their Energize PA plan, while simultaneously preventing the governor from crushing the economic expansion by doing through regulation what he cannot achieve through legislation.
(Lowman S. Henry is Chairman  & CEO of the Lincoln Institute and host of the Lincoln Radio Journal.  His e-mail address islhenry@lincolninstitute.org.)

Would You Buy A Used Car From Joe Biden? 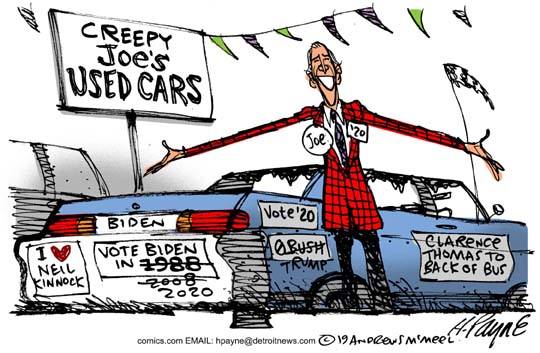 Send In The Clowns ... The Democratic Party Clowns ... 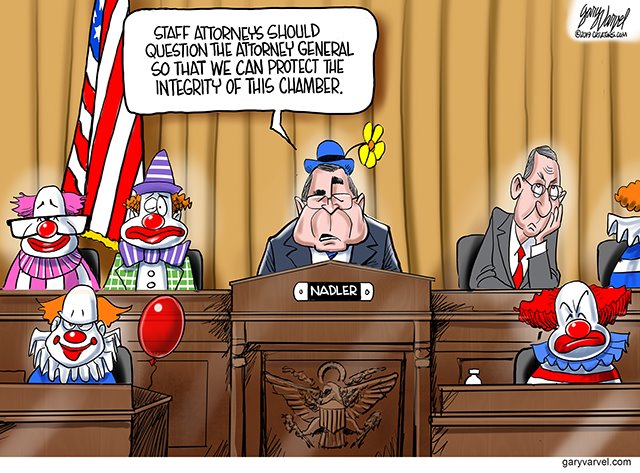