I've been a working journalist for 36 years and I've never seen so much bias in reporting as I do today. I reject 90 percent of the political stories that move daily on The Associated Press wire because of blatant left-wing bias. Reporters routinely interject their personal political bias into every news story, especially when it comes to covering the Trump Administration. It's no surprise that the majority of Americans have lost faith in the media. And it's not Donald Trump's fault for calling them out for "fake news." He's merely pointing out the obvious. The media needs to look in the mirror to find out why public trust has vanished.

Guest Column: What is wrong with a property tax? 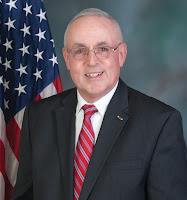 The right to personal property sets the United States apart from other nations. Outside the United States, the rights to property have long been subject to the realm of kings and queens — a feudal society of sorts.
There is a tremendous anger surfacing due to the relentless loss of property and our government’s explosive spending binge. Ravenous government spending mortgages ourselves, our children, and our property to an unrelenting assault by a government which is out of control.
The major negatives with property taxes relates to these very issues:
• Property taxes are fixed expense with no regard to the person’s ability to pay.
• One’s property serves as collateral for potential unlimited government spending.
• Taxes on property value reduce the incentive to maintain property
• The regressive nature of the property tax makes home ownership that much more elusive for much of the population.
Taxes on property have been debated incessantly for decades. What started out as an “innocent” means of raising taxes has blossomed into a perceived unlimited source of funds by which government can make promises of future benefits to a select few to the detriment of the remainder of us. Property owners have the choice of either paying the taxes dictated for them by politicians or risk losing their property through foreclosure and tax sale.
Contrary to popular belief, the property tax system started in the United States dates at the time of the founding of our nation. At that time however, it is important to remember the historical context in that only the gifted few owned property. Only property owners at the time of the founding of our nation were permitted to vote.
The evolution of our republic has allowed the opportunity for owning property and of voting rights to expand to most of the population. As such, the antiquated notion of the property tax may negatively impact the very people who are now just beginning to enjoy the American dream evolving in the great experiment of the United States.
The negative impact of a property tax system is that your property serves as collateral for government promises. Ever increasing property taxes have allowed municipal governments and schools to make promises that they could not possibly keep if they did not have such a reservoir of potential funds at their disposal.
These “promises” have precipitated a record number of bankruptcy filings of municipalities since 2010. The settlement of these bankruptcies will most certainly raise the level of debate of property taxes to unparalleled heights. The outcome of this battle will most decidedly determine whether or not American citizens have the right to own property.
With the rapid rise in property taxes needed by most jurisdictions to cover their promises and with lower pay and higher unemployment of taxpayers throughout the nation, the property tax is now forcing millions of Americans to reassess where they live, how they live, and if they can ever retire let alone own their home.
The U. S. Constitution addresses and protects property rights in so many ways: Source: “The Constitution and Property Rights”
“The Founders were worried that Congress might use the tax system to loot property owners in some states for the advantage of other states. Accordingly, they required that direct taxes (mostly importantly property and income taxes) be apportioned among the states (Article I, Section 2, Clause 3 and Article I, Section 9, Clause 4).
They granted the federal courts jurisdiction over interstate land claims and interstate debts to limit the extent to which state courts could discriminate against the property rights of out-of-staters (III-2-1 and III-2-2).
They added the Full Faith and Credit Clause (IV-1) partly to require state courts to honor property records in other states.
The Founders gave Congress an unlimited power to dispose of public land (IV-3-2), but only limited power to acquire or hold land (I-8-17 and certain incidental powers). This was because they wanted most publicly-owned land to be transferred to the private sector.
They also inserted a number of other checks and balances, designed partly to protect minorities from unfair property confiscations.”
Today, threats to property, particularly your home, are at epic levels and the battle will shape the landscape of our nation forever.
The American dream of home ownership and the liberty inherent in property are at risk.
Ending property taxes will begin to restore the American dream to those most negatively affected by such an antiquated system as a property tax.
For those who are just getting involved, this article is the second in a series explaining the basis behind our property tax elimination bill. The other articles in this series can be found on our website at www.repfrankryan.com.
Frank Ryan, CPA, USMCR (Ret) represents the 101st District in the Pennsylvania House of Representatives. He is a retired Marine Reserve Colonel, a CPA and specializes in corporate restructuring. He has served on numerous boards of publicly traded and non-profit organizations. He can be reached at fryan1951@aol.com. 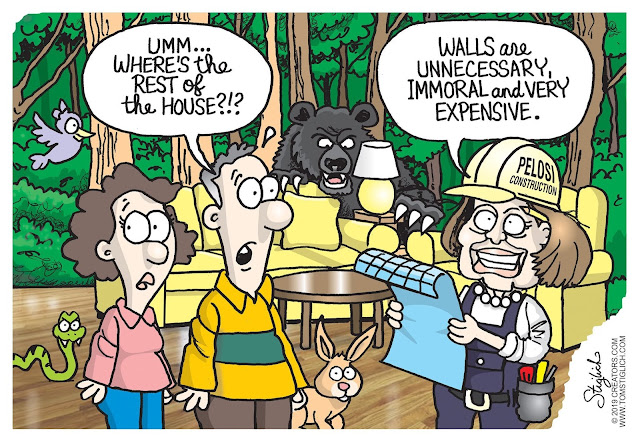 Democratic Congresswoman Compares U.S. Border Officials To Nazis: Rep. Mary Gay Scanlon said “just following orders” is no more an excuse for border officials than it was “back in Germany.”

McCabe Tour Confirmed The FBI Had No Basis For Investigating Trump

McCabe Tour Confirmed The FBI Had No Basis For Investigating Trump: In a different time, the media would be out following up on the inconsistencies and alarming assertions Andrew McCabe provided in his interviews.

Mainstream Media Blacks Out The Democrats’ Infanticide Vote: There's no good way to spin the Democrats' vote on the Born-Alive Abortion Survivors Protection Act. So many in the MSM simply ignored it. 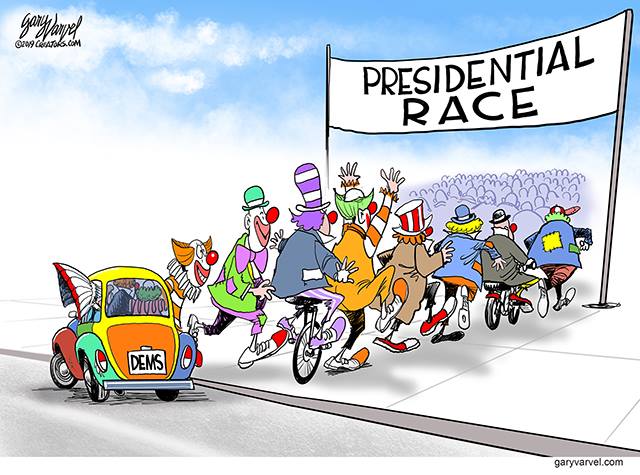 15 Hate Crime Hoaxes That Might Make You Suspect There’s A Trend: So addicted are some people to the narcotic of outrage, that the mere fantasy of a hate crime attack is all they need to believe it true.

Hate Hoaxes Are What Happen When Your Religion Is Identity Politics

Hate Hoaxes Are What Happen When Your Religion Is Identity Politics: These hate hoax stories bear too many similarities to be seen simply as isolated attention-seeking. Progressivism is a toxic belief system.

Why Don't Democrats Want Noncitizens Recorded On The Census?

Why Don't Democrats Want Noncitizens Recorded On The Census?: Democrats have found a sneaky way to tilt the political playing field in their favor without having to reform the immigration system. 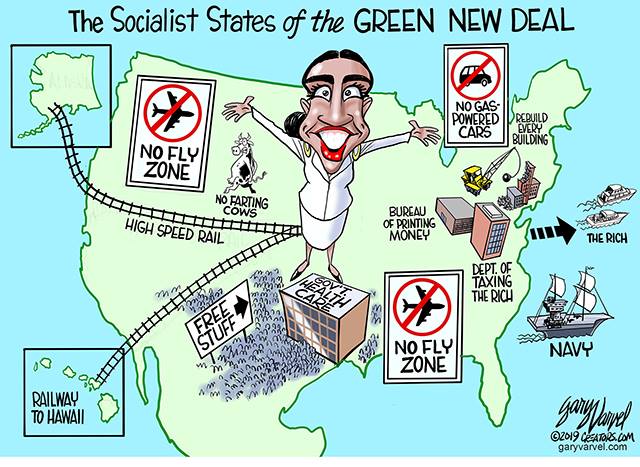 The Democrats' Anti-Semitism Problem Isn't Going Away: Though it’s tough for progressives to understand, Americans still prefer Israel over Hamas and PLO for reasons other than money.

Network Blackout of Investigation Finding Covington Kids Did Nothing Wrong

Network Blackout of Investigation Finding Covington Kids Did Nothing Wrong

Networks: 2,202 Minutes on Russia Scandal, Zero for No Collusion Report

Networks: 2,202 Minutes on Russia Scandal, Zero for No Collusion Report

When Nancy Pelosi sends you a Valentine ... 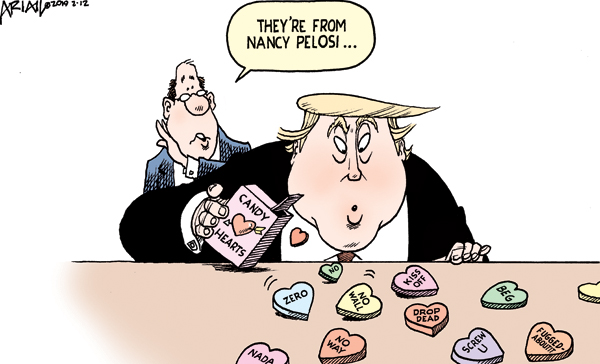 Voter Support For 'Medicare For All' Drops by 50 Percent

Voter Support For 'Medicare For All' Drops by 50 Percent: New data shows support of 'Medicare for All' fell as 2020 presidential candidates touted their single-payer health care proposals in January and February.

Where in the world is Ruth Bader Ginsburg?

I understand the need for lifetime appointments to the Supreme Court to avoid political influence, but shouldn't we have a mandatory retirement age for justices? What is our recourse for justices who can no longer carry out their duties because of serious health issues but refuse to step down? Ruth Bader Ginsburg has missed an entire month of oral arguments before the Supreme Court and her health status remains a mystery. 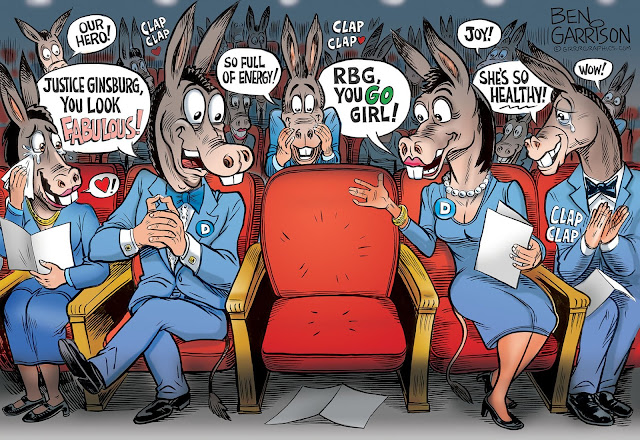 History Shows That Big, Beautiful Border Walls Work Extremely Well: From the Trojan Wall to Hadrian's Wall to the Great Wall of China to the Servian Wall, walls are pretty good at keeping people out as well as in.

Who is checking the self-appointed 'fact-checkers?'

The State Of American 'Fact-Checking' Is Completely Useless: The fact-checker’s self-declared standing as impartial arbiter of political truths is as deceptive as the average ‘fact check’ he writes.

The 10 Most Insane Requirements Of The Green New Deal

I predict worst Oscar ratings ever 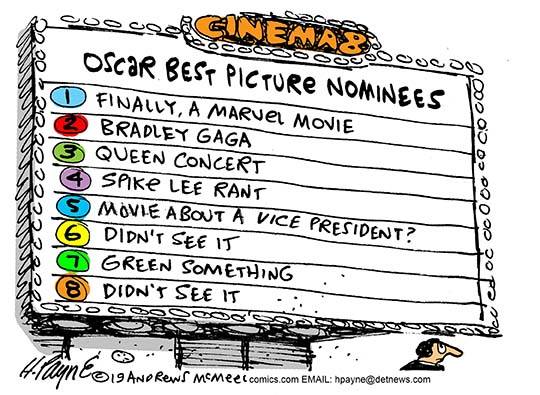 Intel Assessment Shows Trump-Russia Hoax Has Hurt American Interests: This odd aversion to thinking about the best interests of the nation when pushing a conspiracy theory about treasonous collusion with Russia is dangerous.

Massive Fentanyl Bust Proves It's Time For Lawmakers To Grow Up: When we have massive amounts of fentanyl and meth that are only narrowly stopped from crossing our border, it's time for both parties to seek a solution.