Dennis Prager: If It Damages America, It's Good for Democrats

How Much Can You Get for Flipping Off Trump? $130,000: God Bless America! The land of the free, home of the brave — and the only place on Earth where raising your middle finger to the president’s passing motorcade will snag you six figures. 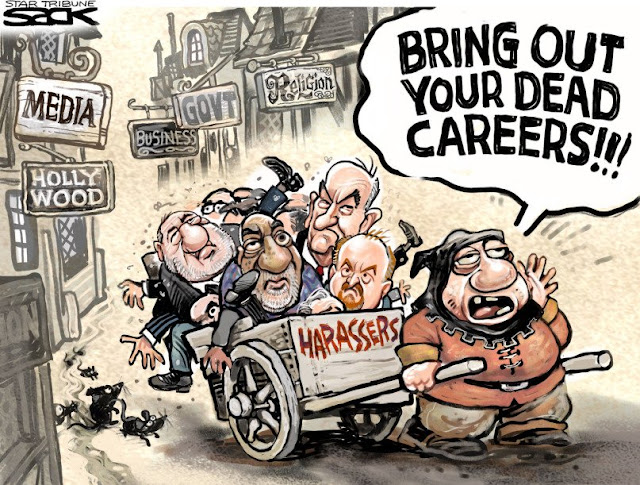 Robert Mueller, Agent of Willful Ignorance: It was Mueller who made sure that the U.S. government would ignore and deny the motivating ideology behind the jihad threat.

Left-wing Reporters Name Underreported News: Republican Evil: On Face the Nation Monday -- as reported by Newsbusters -- host John Dickerson asked a collection of journalists if there were any stories they believed weren’t being adequately covered by the press. Citing topics ranging from voter suppression to abortion, the panel responded as if Dickerson had invited a gaggle of Democratic operatives into the discussion. Dickerson's question was open-ended:

WaPo Dismisses 'Myth' of Left-Wing University Bias: Sunday’s front page of The Washington Post featured a dressing-down of conservatives for believing that the university environment in the U.S. has been railroaded by the political left.

TIME Names Hillary's 'What Happened' Non-Fiction Book of the Year

‘Unbiased’ WaPo Reporter Uncovered as Soros Operative to ‘Advance Progressive Agenda’: At a recent top-secret conference in California, Washington Post reporter Janell Ross spoke but never said anything about it to her employer, according to Fox News. That could be because the event was full of “liberal movers and shakers… including billionaire George Soros [who] outlined the future of their progressive agenda.”

Pennsylvania lawmakers will get an automatic pay raise

Not only are Pennsylvania taxpayers stuck funding the most expensive full-time state legislature in the country, but they must also cough up more money each year to give the 253 state lawmakers a pay raise. Do the lawmakers deserve more money? It doesn't matter. The Legislature passed a bill granting its members automatic pay raises every year - unless they vote to reject the additional pay. That has never happened. So dig deeper taxpayers. Those overpaid lawmakers want more.

State lawmakers will get an automatic pay raise: Automatic pay raises have caused controversy in the past. When lawmakers return to the Capitol after their Thanksgiving recess, they'll have a little extra cash waiting for them. Every year, salaries for elected officials are reevaluated based on the cost of living. The number varies--this year, it's .81 percent, which means the average salary for a lawmaker will increase by about $700, from $86,480 dollars to $87,180. Those in leadership positions make even more. The top salaries hover around almost $140,000. The yearly pay adjustment became fully automatic in 1995. But because automated pay raises can be unpopular, some opt to donate the extra cash, or feed it back to the state Treasury. Pennsylvania's lawmakers are the second-highest-paid in the country, behind only California....

What's the Truth About the First Thanksgiving?

Chuck Schumer: Bring a Chart to Thanksgiving Dinner to Argue Politics: Thanksgiving dinner should be a time for togetherness, gratefulness, and joy. But if you're a leftist whose religion is politics, it's a time to push your fundamentalist obsession and ruin the holidays for everyone else.

How The Civil War Gave Us Today’s Thanksgiving, And Can Teach Us

How The Civil War Gave Us Today’s Thanksgiving, And Can Teach Us: Our Thanksgiving celebration originated in our nation’s worst period of turmoil and bloodshed: the Civil War. Its lessons can help us today.

Let Us Be Thankful 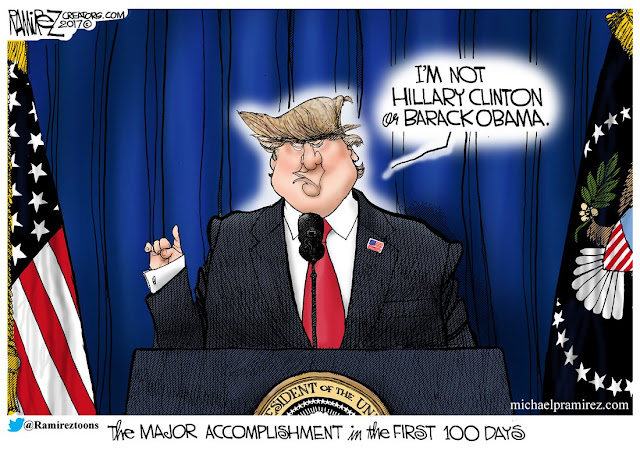 The Lie That Reelected Obama

The Lie That Reelected Obama: Al-Qaeda was not “on the run” while POTUS 44 was in office.

Pathetic: Media's Nasty Response to WH Secretary's Invitation to Express Thanksgiving Gratitude: In honor of Thanksgiving, White House Press Secretary Sarah Huckabee Sanders asked reporters Monday to share the things for which they’re most thankful. Graciously, Sanders began with her own expression of gratitude, with a smile: 'You probably know, and it's no secret, that I'm clearly very thankful for all of you here in this room, and I think that goes without saying.'

My site counter has recorded 2,800,000 Page Views from 568,000 Unique Visitors at Tony Phyrillas on Politics. Thanks for checking out my blog ... and come back again.

For Christmas’ Sake, Let’s Roll Back Christmas Creep: Retailers never seem more vapid, greedy, and ridiculous than when they are stringing up Christmas lights while the leaves are still changing.

How School Choice Can Solve States' Huge Debt And Pension Woes: We calculated how much the taxpayers of five states might benefit if some public school families were given school choice. 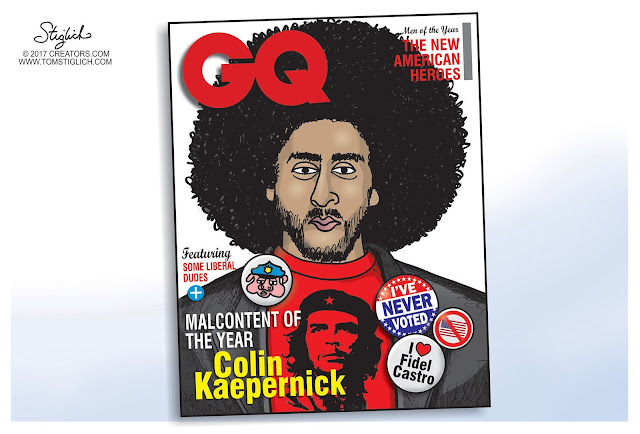 Tom Coburn Has A Plan To Fight Washington And Save America

Tom Coburn Has A Plan To Fight Washington And Save America: Former senator and legendary fiscal hawk Tom Coburn argues that the remedy for federal profligacy and corruption is a never-used constitutional provision.

How The Left's Attacks On Religious Liberty Pushed Me Back Into Church: I couldn’t help but think: what are Democrats so scared of? There was only one way to find out. I had to go back to church to see what the fuss was about.

NYT Blames Racism for Americans Wanting to Keep the Money They Earn: Some people like to keep the money they make. There's a word for those people, according to leftist economics columnist Eduardo Porter: (wait for it...) racists. (Eureka!) 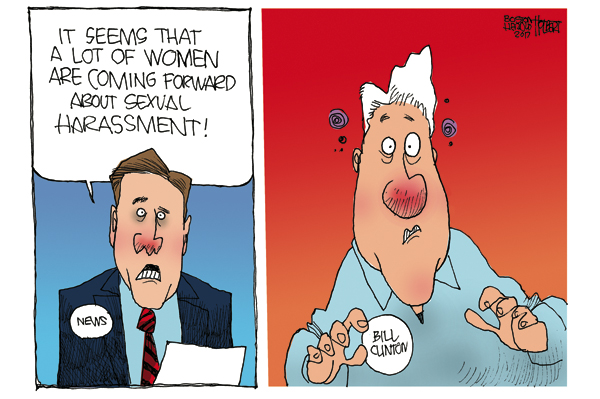 Seventh-Grader Wears 'Fake News Network' Shirt on CNN Field Trip: A Georgia seventh-grader recently wore an 'FNN: Fake News Network' on a school field trip to CNN network, and his teacher's made him remove it. His parents Nancy (a city commissioner) and Stan Jester (a school board member) say that this was a violation of his First Amendment rights. They want the school to apologize. Stan Jester wrote in a blog post:

CNN Belittles Al Franken's Accuser: 'He was Just a Comedian'

CNN Belittles Franken’s Accuser: ‘He was Just a Comedian’: The Left has created a culture that demands all alleged victims of sexual abuse be believed no matter what and that the accused is guilty regardless of evidence. Unfortunately, they can’t even follow their own rules.

Drain The Swamp: Over 260 Federal Harassment Settlements Since 1997

Over 260 Federal Harassment Settlements Since 1997: The Hill correspondent Reid Wilson tweeted some harrowing numbers from the last 20 years of harassment payments given from our elected leaders to their victims. Since 1997, there have been 264 settlements at an insane cost of over $17 million of taxpayer money. Wilson’s tweet includes the following chart with year-by-year breakdown:

News Nanny: The Race to Censor Internet News: If we don’t fight now, conservatives will vanish from the internet.

Never Mind the Murders in Chicago, Rahm Emanuel Going After Walking Texters: Mayor Rahm Emanuel is cracking down on a huge problem plaguing Chicago. No, not the two residents per day who are gunned down by gang violence, but those nuisance urban zombies: The Walking Texters. Fox 32 reports: Pedestrians who are caught crossing the street while using a mobile device in Chicago may face fines under a new ordinance proposed Wednesday.

Over 200 Ex-Employees File Suit Against CNN for Racial Discrimination

Over 200 Ex-Employees File Suit Against CNN for Racial Discrimination: A dismissed lawsuit that was filed earlier this year alleging racial discrimination at CNN is back with even more plaintiffs. 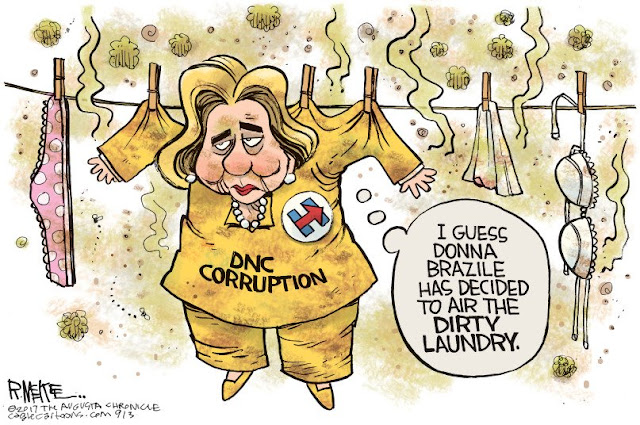 The American public has distrusted the media for decades, but clueless liberals still blame their sagging poll numbers on ... Donald Trump.

For President Donald Trump, the opposition isn't just the Democratic Party, it's also the MSM (and establishment Republicans.)

Democratic-run Chicago Approaching its 600th Homicide for the Year

The toughest gun control laws in the country don't seem to be slowing down gun violence in Democratic-run Chicago. So where's the logic in passing more gun control measures?
Chicago Approaching its 600th Homicide for the Year: The Chicago Tribune keeps track of the number of homicides for the Windy City and is close to adding the 600th for the year. Thirty people were shot over the weekend, five fatally, bringing the total number of murders to 593 as of Monday. Now, the Chicago Police Department employs slightly different accounting. Its numbers don’t include homicides on expressways, fatal shootings by police, or justified homicide. Taking out those, the CPD tabulates 581 homicides for the year — still extremely high.

The Current State of the Democratic Party 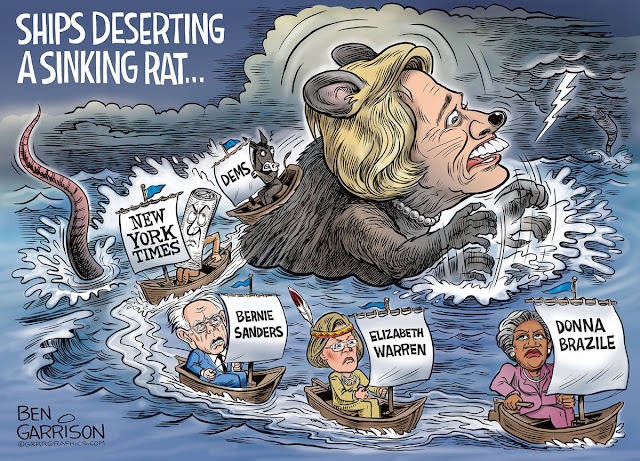 Antifa Fail: Near-empty protest sites across America means the anti-Trump Resistance’s so-called revolution will have to wait for another day.

Sharyl Attkisson: Why No One Trusts the Mainstream Media

Why No One Trusts the Mainstream Media: Trust in the media is at an all-time low. But should it be? Why do fewer and fewer Americans trust the mainstream media. Investigative journalist Sharyl Attkisson, author of The Smear, explains.

Nothing to See Here ... Move Along 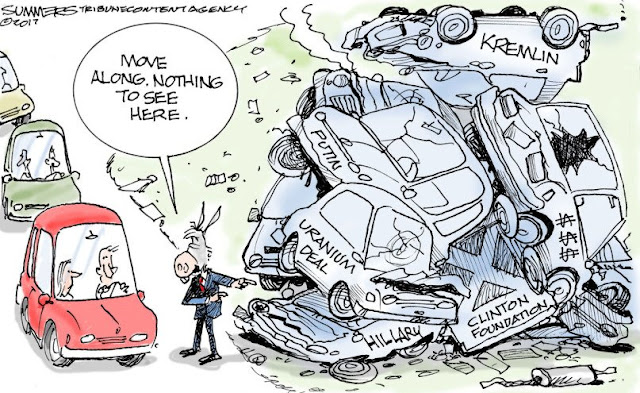 Trump Slams Schumer’s Program that Allowed NYC Terrorist in U.S.: An immigration program conceived in the 1990s by Senate Minority Leader Chuck Schumer (D-NY) was criticized by President Trump on Wednesday morning because it allowed the Islamic terrorist who killed eight in New York City on Halloween into the country. Trump stated on Twitter: The terrorist came into our country through what is called the 'Diversity Visa Lottery Program,' a Chuck Schumer beauty. I want merit based.