Perry Como - (There's No Place Like) Home For The Holidays

I Believe In Father Christmas - by Greg Lake 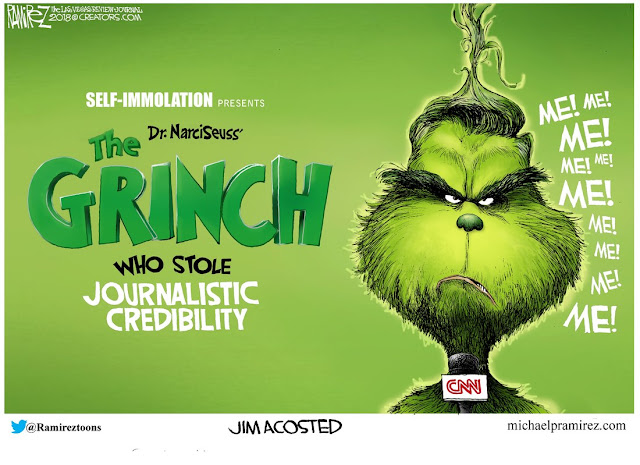 The Carpenters - 'The Christmas Song'

Harry Belafonte - I Heard the Bells on Christmas Day

Will this be your Thanksgiving gathering? 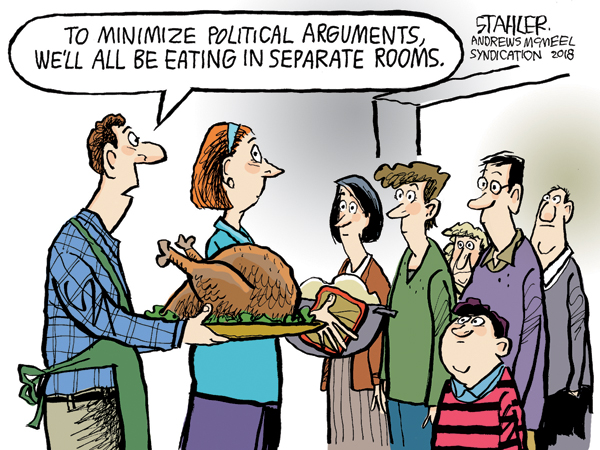 How Misguided Environmentalism Is To Blame For California Wildfires

How Misguided Environmentalism Is To Blame For California's Wildfires: The saddest part about these fires in California is that they are self inflicted. Californians should not allow such mismanagement to continue.

Who is Funding the Migrant Caravan?

On the surface it would appear the power dynamic in Pennsylvania state government changed little as a result of last week's General Election.  Governor Tom Wolf was re-elected and Republicans retained solid control of both the state House and the state Senate.

Back from where we started?

Not quite.  The 2018 election cycle saw the continuation of two trends: the drift of Democrats into the arms of the socialist Left, and a Republican power shift from the Philadelphia suburbs to the more conservative central and western parts of the state.

Governor Tom Wolf has often (and for good reason) been labeled the most liberal governor in America.  To the degree that Lieutenant Governors matter, the state's new second banana will push him even further in that direction.  Lt. Governor-elect John Fetterman is a Bernie Sanders-style socialist. He replaces the hapless Mike Stack, a Philadelphia pol more interested in the power dynamics of politics than ideology.

Wolf titled to the far Left to win his first primary four years ago and clearly felt at home.  He went on to propose tax hikes that exceeded those offered by governors in all 49 other states combined and has remained a staunch advocate for Left-wing policies ever since.  Fetterman, and the avowed socialists who upended traditional Democrats in the primary to claim seats in the General Assembly, are certain to fortify his position.

As liberal policies made the city more and more unlivable Philadelphia Democrats fled to the suburbs.  There they have continued voting into office candidates who espouse the very same policies that destroyed the city.  As a result, the four counties surrounding Philadelphia which had for decades been the epicenter of Republican power in the state have trended Democrat.

If there was a "blue wave" this election year it crashed ashore in those counties.  The numbers could change a bit as the official count progresses, but Republicans lost 13 state House seats and four state Senate seats in that region.  It is rare for more than three or four incumbents to lose statewide in a given election cycle, so the GOP wipeout in southeastern Pennsylvania can rightly be described as a blue tidal wave.

Continuing the westward shift of the statewide GOP, Republicans partially offset their losses in the southeast by flipping three Democrat seats, one in Bucks County and two elsewhere in the state. Republicans held historically high majorities in both state legislative chambers.  Thus the losses left them in solid control, but with margins closer to the historical average.

What the election did do was to shift the ideological center of both the House and Senate Republican caucuses away from southeastern liberalism into the mainstream conservatism that is popular in the balance of the state.

While legislative Democrats voted in lockstep with their leadership, Republican legislative leaders had the more difficult task of moving conservative policies advocated by their caucus majority, while trying to appease their southeastern members.  The goal was to hold onto those southeastern seats - it didn't work.

The end result is absent the need to protect its members from suburban Philadelphia because - well, they are no longer there - legislative Republicans are now free to stand firmly against the socialist policies Governor Tom Wolf and Democrats are sure to pursue.

This means Pennsylvania's divided state government has become even more divided.  The first battle will come in a matter of weeks when Governor Tom Wolf proposes his next state budget.  It is sure to be chock full of tax hikes and new spending.  Republicans effectively blocked the more radical elements of his agenda during the governor's first term.  A more conservative majority should be able to do so in the years ahead.

Thus have voters across Penn's Woods put into effect all the elements needed for epic policy and budget battles which are likely to end in gridlock. Given the fact that most legislation that actually passes expands the dependency state at the expense of taxpayers gridlock may be the best outcome.

Lowman S. Henry is Chairman & CEO of the Lincoln Institute and host of the weekly Lincoln Radio Journal.  His e-mail address is lhenry@lincolninstitute.org

Celebrity Endorsements Hurt The Candidates They Were Trying To Help

Celebrity Endorsements Hurt The Candidates They Were Trying To Help: Voters in Texas, Tennessee, and Georgia chose the un-flashy Republicans over the celebrity-backed Democratic candidates in the 2018 midterms.

Some perspective on Tuesday's election results 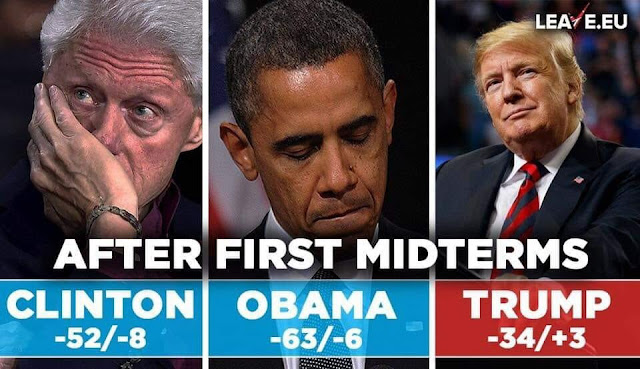 More Voters Blame Media Than Trump For Political Division: More Americans think members of the news media are to blame for political divisions than President Donald Trump is, according to a new poll.

Why Did Democrats Abandon Their Investigation Into Brett Kavanaugh?

Why Did Democrats Abandon Their Investigation Into Brett Kavanaugh?: If Supreme Court Justice Brett Kavanaugh is really a rapist and sexual assailant, as Democrats claimed, shouldn't the story continue to be covered?