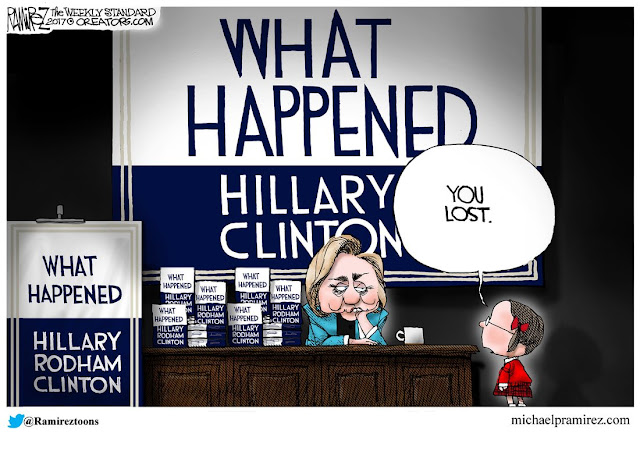 In 47 of 50 Cities, Obamacare Coverage Will Be 'Unaffordable' in 2018 By Law's Own Definition

In 47 of 50 Cities, Obamacare Coverage Will Be 'Unaffordable' in 2018 By Law's Own Definition

FBI Director Warns Congress Terrorist Drone Attacks Are Coming: On Wednesday, Congress was warned by FBI Director Christopher Wray that terrorists will soon launch drone warfare against the United States because the technology is easy to acquire and hard to trace.

Football Fans Are Taking A Knee Too 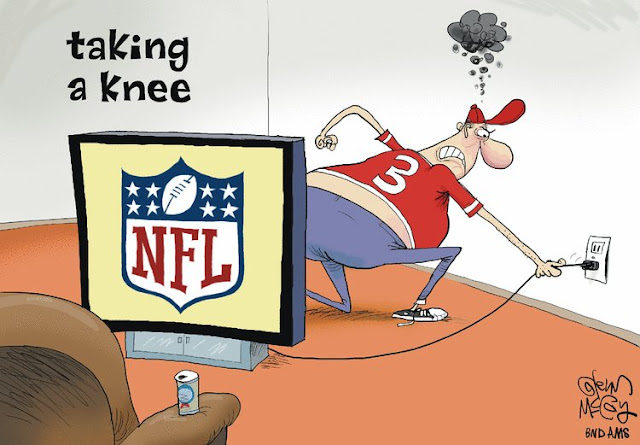 West Point Grad Shows Support for Communism, Kaepernick: A picture posted to social media has left the military community baffled. It shows West Point graduate, Second Lt. Spenser Rapone throwing up a fist in uniform and showing the inside of his cap, which reads, “Communism will win.” The picture is hastagged #VeteransForKaepernic, in support of the former 49ers quarterback.

DirecTV Offering Refunds on NFL Packages Over Anthem Protests: The Wall Street Journal is reporting that satellite cable provider DirecTV is allowing “at least some customers” to cancel subscriptions to its NFL Sunday Ticket package as long as they cite the anthem protests as a reason.

Maddow Immediately Dethroned as Hannity Takes Helm at Fox News: Rachel Maddow has been the queen of political talk over at MSNBC, earning higher-than-ever ratings because of several shakeups over at Fox News. But it took Fox only one night to dethrone her by debuting Sean Hannity in the 9 p.m. slot on Monday evening. Mediate reports:

College Students Clueless on First Amendment, Think Violence Against Opposing Ideas Acceptable: A new survey published by The Brookings Institution sheds a very dark light on the minds of today’s college student when it comes to free speech and perceptions of what is, and isn’t, covered under the First Amendment. Senior Fellow John Villasenor explains the study:

MSM vs TRUMP BASE 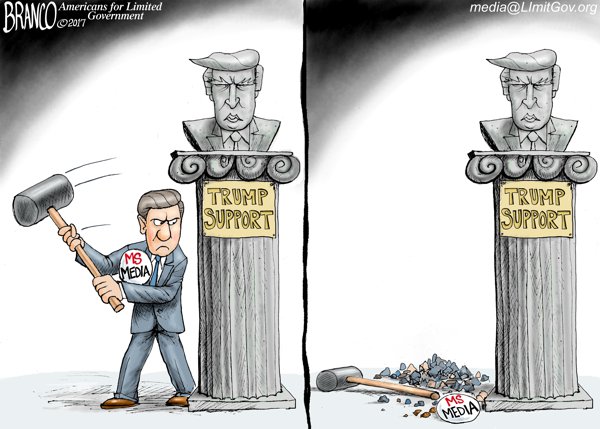 Trump's Stand at the UN for America

Trump's Stand at the UN for America: A bold call for freedom and a stern warning to its enemies.

Why Obama Really Spied on Trump

Why Obama Really Spied on Trump: Obama had to spy on Trump to protect himself.

Zuckerberg Shut Down Anonymous Facebook Employees Group that Attracted Conservatives: Business Insider is reporting that an anonymous Facebook group was shut down by CEO Mark Zuckerberg in late 2016 because it attracted many conservative voices that often discussed Donald Trump and debated Black Lives Matter.

‘Alt-Right’ Gets an Official Entry in Merriam-Webster Dictionary

How dare you wear that offensive shirt to school ... 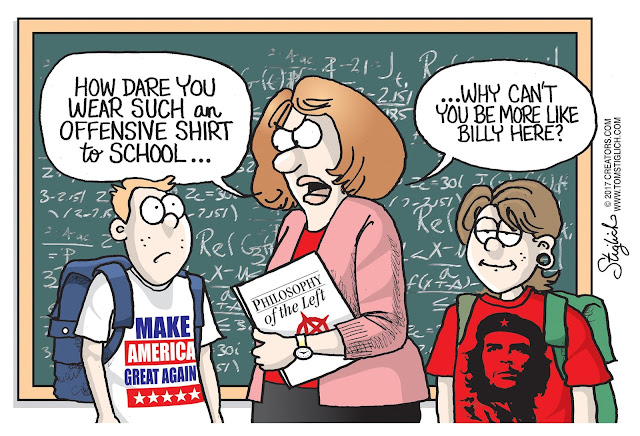 Hillary Blames Women for Crushing Defeat: In her new book What Happened, failed presidential candidate Hillary Clinton places the blame for her political demise squarely where she believes it belongs: on other people. According to Breitbart, the wife of two-time POTUS Bill plants particular responsibility for her crushing loss on the shoulders of American women.

George Orwell would be proud. If there was any doubt The Associated Press was in the tank for the radical left, look no further.

Spin the Wheel of Fake News 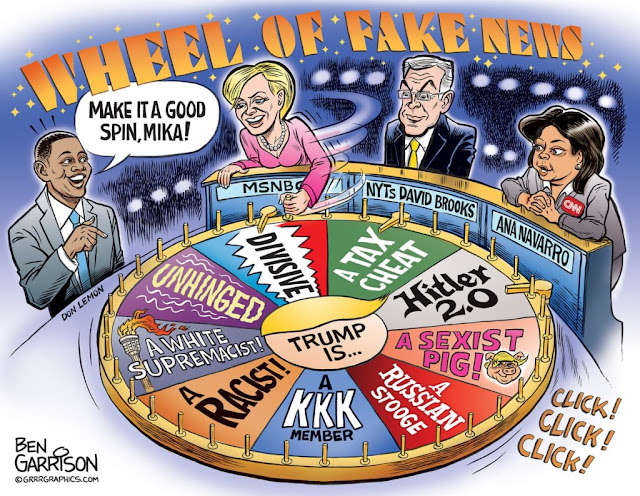 Backlash: Anti-Trump ‘American Horror Story’ Draws Smallest Audience Yet: The numbers are in for the premiere of season seven of American Horror Story: Cult and it’s not good news for the franchise. It would appear that a story line which makes President Trump the boogeyman didn’t fly in Trump’s America. Deadline reported:

20 Thousand Illegally Voted in 2016 Election in Chicago, New Hampshire: Reports of voter fraud have cropped up after investigations into the 2016 election, and both Chicago and New Hampshire have some explaining to do.

It appears there will be one less anti-Trump member in the House if Republicans can hold this Pennsylvania Congressional seat in 2018. Just days after a Republican Pennsylvania state representative announced plans to challenge Congressman Charlie Dent in a primary race, Dent announced he will not run for another term in 2018. Dent liked to think of himself as a "moderate" Republican, but critics had another term for him: RINO.

Homeland Security Makes it Official: Antifa ‘Domestic Terrorists’: Put this in the “it’s about time” file. The Department of Homeland Security has officially deemed Antifa a domestic terror organization. Politico learned of this classification from obtaining confidential documents from the law enforcement community. Politico reports: Since well before the Aug. 12 rally in Charlottesville, Virginia, turned deadly, DHS has been issuing warnings about the growing likelihood of lethal violence between the left-wing anarchists and right-wing white supremacist and nationalist groups.