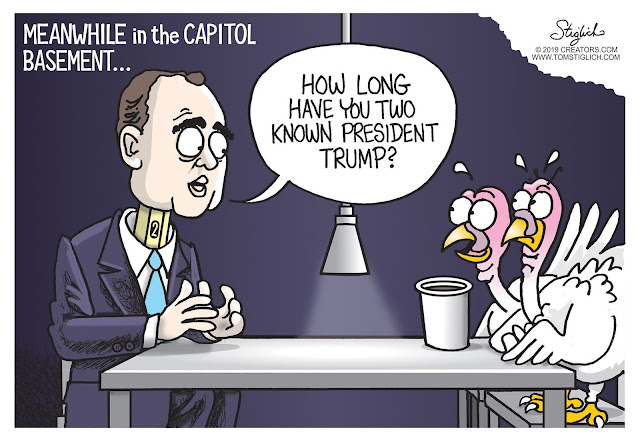 A Fake Indian and a Fake Republican 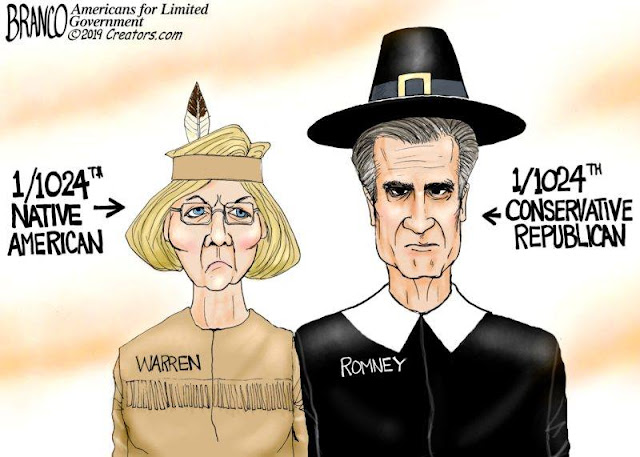 Look who Nancy Pelosi is serving up for Thanksgiving 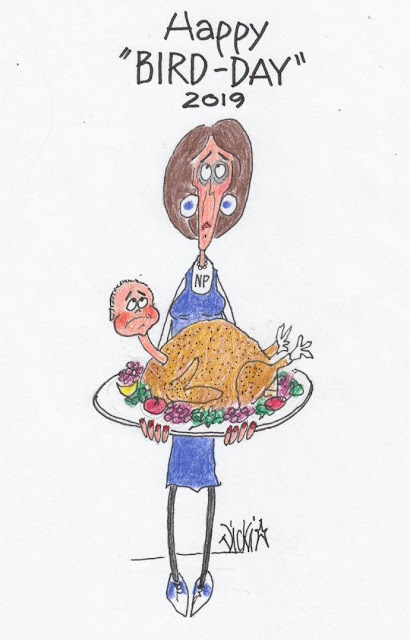 2018 Democratic Voters Poised To Back Trump Less Than A Year From Election Day: New polling earlier this month from the New York Times Upshot with Siena College depict a troubling picture for Democrats a year out from election day.

New Fusion GPS Info Confirms The Special Counsel Probe Was A Hit Job: The renewed focus on the Steele dossier are cementing the case that the special counsel probe served as a taxpayer-funded political hit on President Trump.

How The Media's Impeachment Push Harms Democrats: The corporate media simply don't have the power that they once did to control the narrative and control political outcomes. Impeachment proves it. 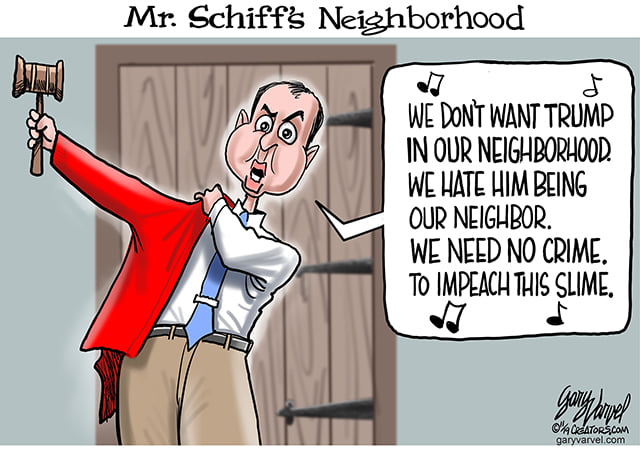 While the Democrats are wasting everyone's time with their three-ring Impeachment Circus, the U.S. economy continues at a record-setting pace under President Trump. The S&P 500 has set new highs 23 times this year, closing above 3,100 points for the first time ever. The Dow Jones Industrial Average, now above the 28,000 mark, has set 12 new records so far this year. And the Nasdaq composite has marked 23 new highs this year. The S&P 500 and Nasdaq are now up by more than 20% this year, while the Dow is up nearly 19%. 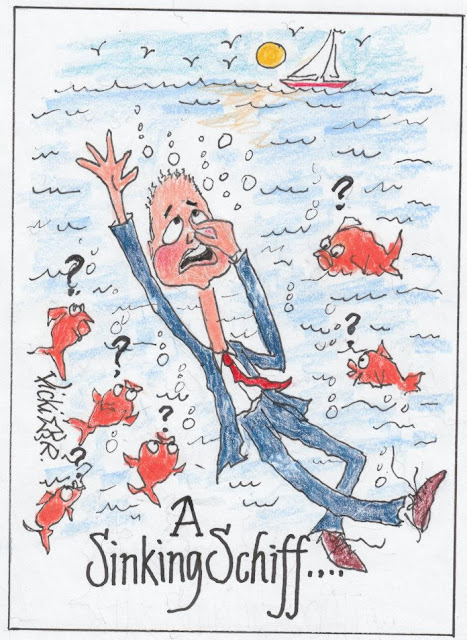 How Republicans Won Phase One Of Impeachment

How Republicans Won Phase One Of Impeachment: The first phase of impeachment did not go well for Democrats. It needed to be a time when support for the inquiry and impeachment grew. Instead, it shrank.

Elizabeth Warren Lies To School Choice Advocate About Sending Her Son To Private School: During a conversation with Sarah Carpenter, Elizabeth Warren lied, claiming her children went to public schools when one attended a private school.

Best Movie I Watched This Week: 'Light of My Life'

Alex Vindman Is Living Proof That The Deep State Exists, And Is Corrupt

Alex Vindman Is Living Proof That The Deep State Exists, And Is Corrupt: Democrats and the Deep State have elevated more policy disagreements to what amounts to an attempted coup. Just listen to Alex Vindman.

This Impeachment Inquiry Is Really About Who Sets U.S. Foreign Policy

This Impeachment Inquiry Is Really About Who Sets U.S. Foreign Policy: If Trump thinks it’s in the national interest to root out corruption in Ukraine and get to the bottom of 2016 election meddling, that’s his prerogative. 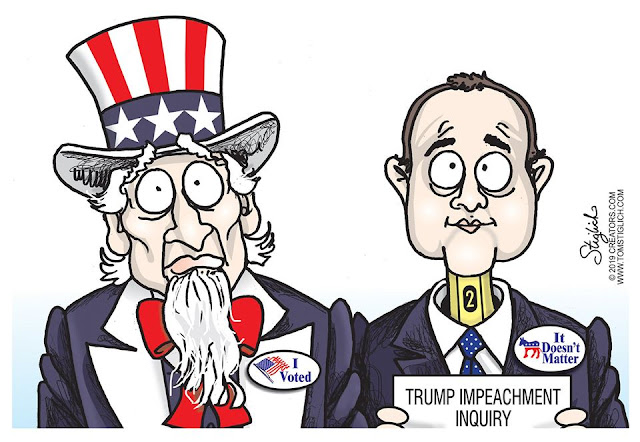 The much-hyped Democratic impeachment show is a bust. Some guy overheard a conversation at a restaurant and told somebody else, who told somebody else what he thought he heard. Seriously? This is the Democrats' best evidence? What this really about is the Democrats admitting they can't beat Trump at the ballot box, so they have to cook up this impeachment sham. Pathetic! 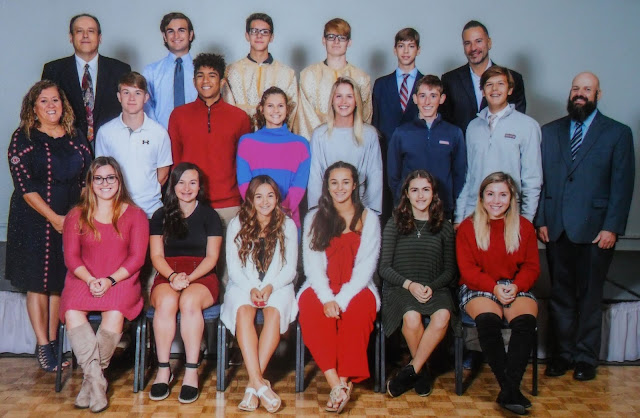 This is my 15th year of teaching Sunday School at Sts. Constantine and Helen Greek Orthodox Church in Reading, Pa. It's my 12th year in the High School classroom, which includes students in ninth through 12th grades and my 11th year as the head teacher. This is our class photo for the 2019-2020 school year. We have four adult teachers who rotate throughout the 36 weeks of Sunday School from September to June.

Michael Bloomberg Is The Answer To A Question Nobody Is Asking

Heard Enough From The Democrats? 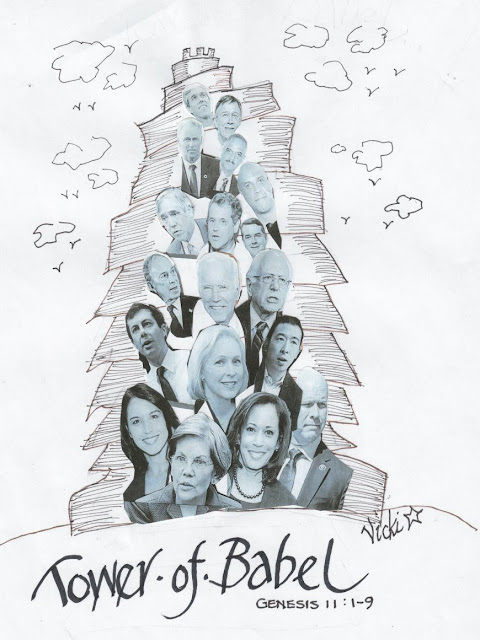 Transcript: Taylor Wasn't On July 25 Phone Call, Never Spoke To Trump: A top anti-Trump witness for House Democrats admitted he wasn't on the July 25 phone call and had never even spoken with Trump about Ukraine military aid.

Best Movie I Watched This Week: 'The Professor and the Madman' 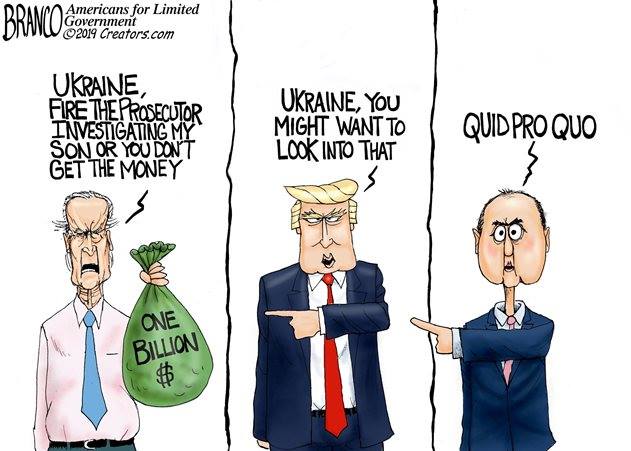 Real Talk: Impeachment Is Going Poorly For Democrats And The Media

Real Talk: Impeachment Is Going Poorly For Democrats And The Media: Impeachment is going so poorly for the media and Democrats that 'Meet The Press' host Chuck Todd was forced to broadcast false information to support it.

Getting a jump on the competition or the handiwork of an overzealous campaign worker?

There were dozens of campaign signs posted outside the Exeter Community Library, which serves as a polling site on Election Day.

The ones that jumped out were for State Rep. Mark Gillen, R-Berks County.

Gillen's name wasn't on the ballot on Tuesday, Nov. 5, but I spotted at least four orange-and-white campaign signs outside the library urging voters to elect Gillen to the Pennsylvania Legislature.

Problem is state lawmakers in Pennsylvania are elected in even-number years, so Gillen won't be seeking re-election until 2020.

House GOP Fed Up With Crooked Impeachment Inquiry: 'It's A Sham'

House GOP Fed Up With Crooked Impeachment Inquiry: 'It's A Sham': In a press conference Thursday, House GOP members offered a stunning rebuke of a fundamentally unfair so-called impeachment inquiry. 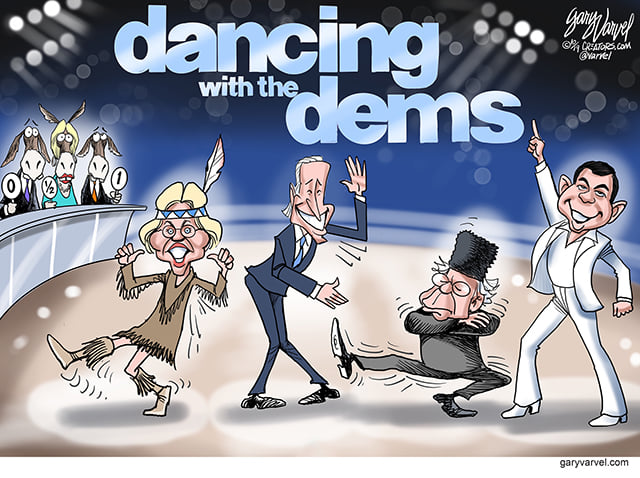