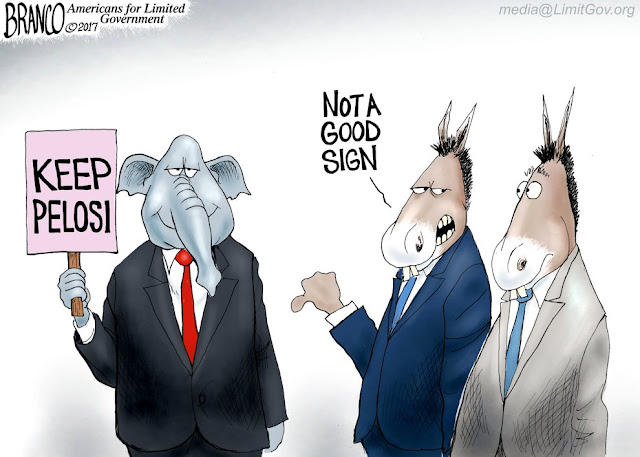 Playboy 'Reporter' Tired of 'Being Spanked' by Trump Admin, Blows Up at Press Sec Sanders: A Playboy White House correspondent (who knew the mag had one?) suffered what Newsbusters called a total meltdown Tuesday, resenting Deputy Press Secretary Sarah Huckabee Sanders' characterization of the current state of journalism as a “barrage of fake news.” 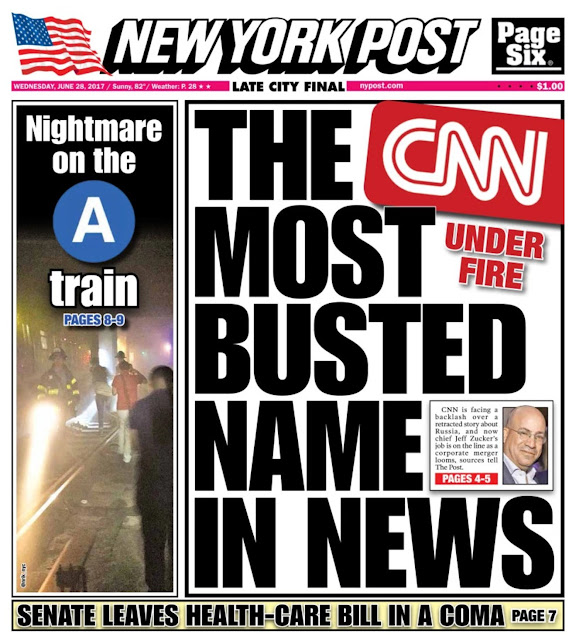 You are getting sleepy ... 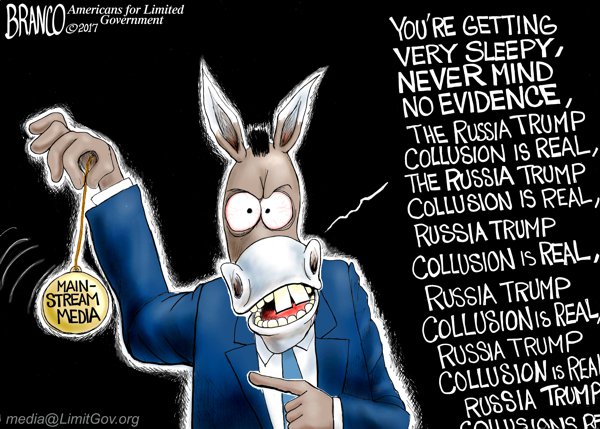 High Schools Abandon Valedictorian Because Competition is Bad: According to the National Association of Secondary School Principals, nearly half of high schools in the United States no longer report class rank, the Associated Press reports. The graduation tradition of naming a senior class valedictorian is slowly fading into history. In areas where the tradition continues, more students are being named head of the class.

High School Summer Reading List Canceled Over Conservative Authors: A teacher at a public high school in Alabama sent his students home with a summer reading list chock full of conservative authors from which to choose, including Ann Coulter, Ronald Reagan, Walter Williams, Thomas Sowell, and libertarian John Stossel. But parents became concerned that it leaned too far right and so now, the kids don’t have to read anything over the summer.

Dennis Prager: If a Trump Supporter Had Shot a Democratic Congressman

My site counter has recorded 2,625,000 Page Views from 558 Unique Visitors to Tony Phyrillas on Politics. Thanks for checking out my blog ... and come back again. 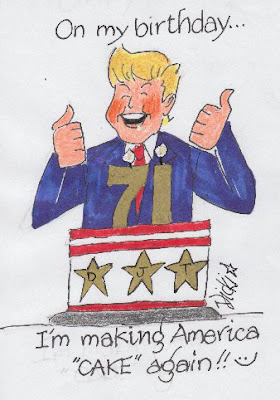 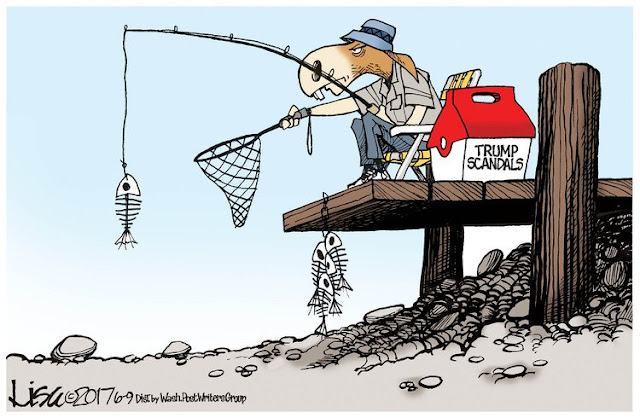 Sessions Not Intimidated, Tells Terrorists, ‘We Are Coming After You’

Sessions Not Intimidated, Tells Terrorists, ‘We Are Coming After You’: On Tuesday, Attorney General Jeff Sessions testified before the Senate Intelligence Committee over allegations of collusion with Russia. It was an accusation he called a “detestable lie.” But in the face of those allegations, Sessions said he was more determined than ever to continue the mission he swore to uphold.

Comey Unmasks Himself As Leaker

Comey Unmasks Himself As Leaker: The fired FBI director tells a Senate panel he’s a well-meaning victim of Trump.

Comey's Latest Statement Is An Indictment Of Comey, Not Trump

Turns out President Trump was right in firing FBI Director James Comey, a political hack who soiled the reputation of the FBI by cowtowing to Democrats (Barack Obama, Hillary Clinton, Loretta Lynch) instead of enforcing the nation's laws. His testimony Wednesday proved Comey was his own worst enemy.

Comey's Latest Statement Is An Indictment Of Comey, Not Trump: In his latest statement, former FBI director James Comey makes clear that he was playing a game with Donald Trump, and that Trump called his bluff.

Trump Signs Bills Helping Police Officers, Veterans: President Trump said Friday he was “very happy” to sign into law two bills that would provide help to members of law enforcement and veterans, according to Fox News. Trump approved a measure called the American Law Enforcement Heroes Act, which gives priority for federal grants to those federal and state law enforcement agencies that hire and train veterans. Fox has more:

Liberal flamethrower Kathy Griffin got burned by her repulsive beheaded Trump stunt, so it's now time to play the blame game. Taking a chapter from the ultimate Democratic crybaby, Hillary Clinton, Griffin is trying to blame everyone in the world - other than herself - for her actions. So now it's Donald Trump's fault that her "career" has self-destructed. Sorry, Kathy. You blew it and you have nobody but yourself to blame for your ill-advised stunt.

Kathy Griffin: 'Trump Trying to Ruin My Life Forever': Kathy Griffin, rumored to be a comedienne, gave a press conference this morning alongside her attorney Lisa Bloom to address the controversy she began when she posed for a shocking photo with a mockup of President Trump's bloodied head. The well-deserved backlash, even from her friends and colleagues on the left, has been so intense that she issued a perfunctory apology video and began losing gigs. Now she is going on the offensive, claiming victim status and lawyering up with Bloom, who just happens to be the daughter of feminist ambulance-chaser Gloria Allred.

With trust of the news media at an all-time low, The New York Times gets rid of the only person on its staff who dared question the newspaper's biased left-wing coverage.

NY Times Follows WashPost In Abolishing Internal Reader's Advocate, Shunning Transparency: Michael Calderone at HuffPost reported The New York Times is abolishing its office of “Public Editor,” established in the wake of the Jayson Blair fake-news scandal in 2003. Liz Spayd, the current staffer in that office, is effectively done, after only one year in the job, instead of an expected two-year term. Once again, it is highly ironic that the nation’s top newspapers rage about the president being unaccountable to the public, while they abolish their own offices for dealing with reader complaints. It’s safe to guess they especially hate any articles about ideologically motivated bias and inaccuracy.