What we learned from first debate ... 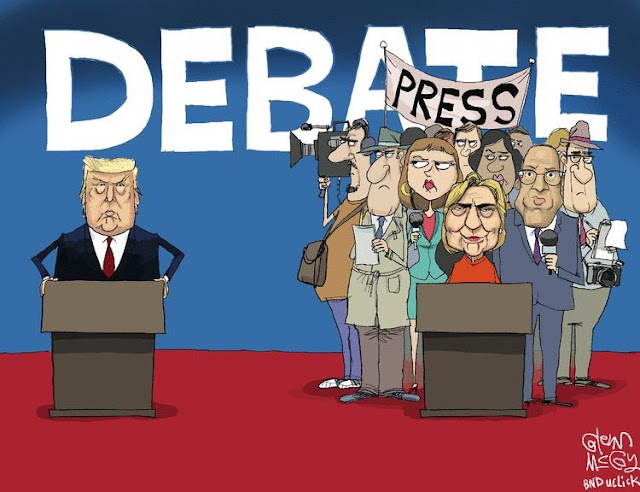 VOTER FRAUD: Someone registered at least 19 dead Virginians to vote

Someone registered at least 19 dead Virginians to vote

ObamaCare: We need to start over

EDITORIAL: ObamaCare: We need to start over

Out of Touch: Millionaire Hillary Struggles to Define Middle Class

Out of Touch: Millionaire Hillary Struggles to Define Middle Class: When you sit atop a $62 million net worth, it’s hard to see all the peons below. However, Hillary Clinton has reiterated throughout her campaign that she is going to really help out the middle class and not raise taxes on them. But when a reporter asked what income range she’s talking about, Clinton took the long way around with her answer.

Another death in the family. One of the best newspapers in Pennsylvania will end its print edition and go all-digital. More than 100 jobs will be lost in the transition. Sad.

Trib announces expansion in some markets, going all-digital in Pittsburgh

Obama 'Didn’t Know' About Hillary’s Private E-Mail but Sent Messages Under Pseudonym: The FBI has revealed that President Obama used a pseudonym in his communications with Hillary Clinton over her private e-mail server and in doing so, likely sent classified information through an insecure channel knowingly. His involvement also contradicts his previous statements that he knew nothing about her operating communications from her basement.

The rise of the professional politician

'Correctness' goes to the movies

Hillary's Newest Book Bombs: Readers apparently are wearying of Hillary Clinton's lies and boring statist policy tracts, because her newest book is a certifiable flop by publishing industry standards, according to The New York Times.

Hillary: I'm the 'Most Transparent' Presidential Candidate Ever

Hillary: I'm the 'Most Transparent' Presidential Candidate Ever: Hillary Clinton, fresh from a recent bout of overheating/dehydration/flu/pneumonia/exhaustion/etc., got back on the campaign trail with a Thursday morning radio interview, though she now seems to be suffering from something else -- serious self-delusion.

Guess Who's Being Featured in the Next Issue of Women's Health?: We've said it before, and we'll say it again: sometimes the headlines read just like The Onion. Currently, Hillary Clinton is not the picture of good health. She has pneumonia, a nasty, persistent cough and has trouble staying on her feet. Yet, the presidential candidate will be featured in the October issue of Women's Health magazine. Oh, the irony!

The Cost for 9 of Obama’s Executive Actions: $31 Billion

The Cost for 9 of Obama’s Executive Actions: $31 Billion: The American Action Forum has determined that President Obama’s executive actions have cost taxpayers $31 billion and that covers only nine of them. This should come as no surprise, as Obama pledged he would circumvent Congress, as he said so famously in 2014: “I’ve got a pen and I’ve got a phone… I can use that pen to sign executive orders and take executive actions and administrative actions that move the ball.”

What Hillary May Be Allergic To ... 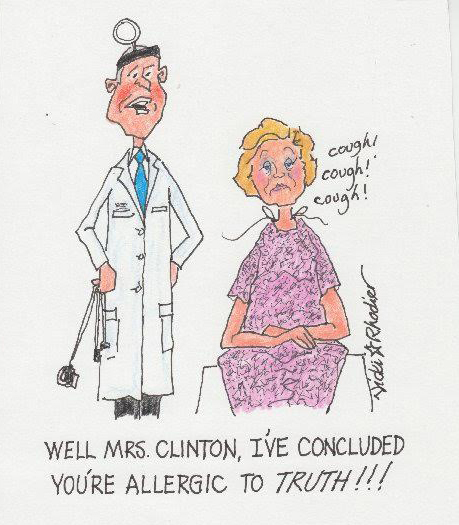 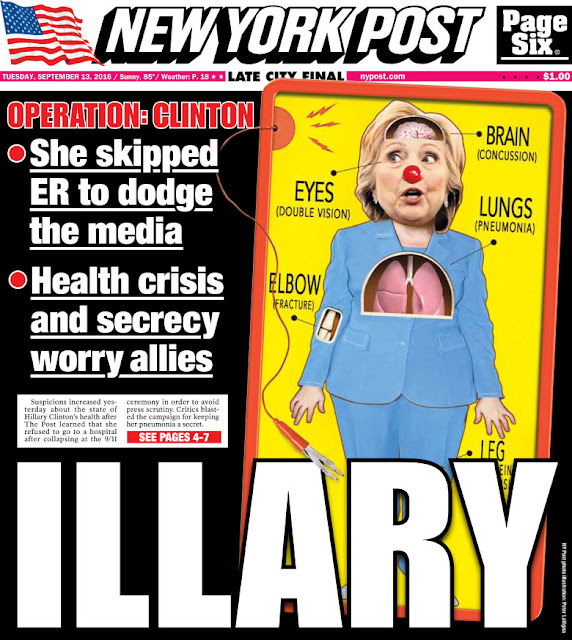 My site counter has recorded 2,200,000 Page Views at Tony Phyrillas on Politics. Thanks for checking out my blog ... and come back again. 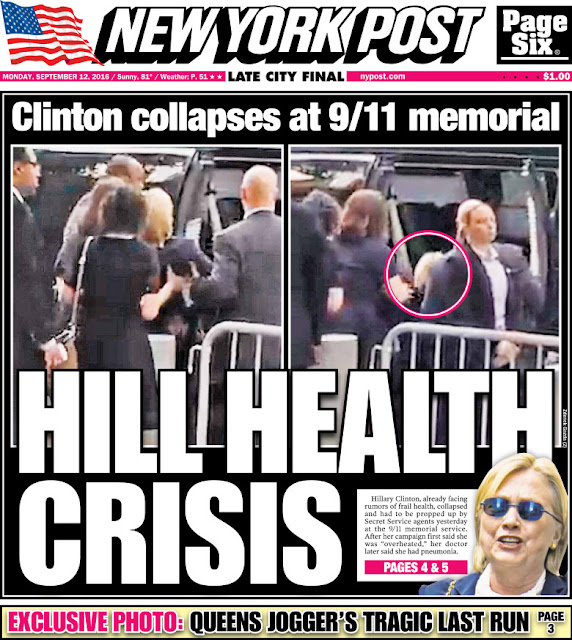 Trump touts endorsement of 88 retired military figures: Donald Trump won the endorsement of 88 retired generals and admirals, according to an open letter released Tuesday morning by the campaign. The 2016 election affords the American people an urgently needed opportunity to make a long overdue course correction in our national security posture and policy, the former military leaders wrote in their letter. The letter was spearheaded by Maj. Gen. Sidney Shachnow of the Army, a 40-year-old veteran and Holocaust survivor, and Rear Adm. Charles Williams of the Navy. It comes ahead of Trump's veterans affairs speech in Virginia Beach, Va., on Tuesday. As retired senior leaders of America's military, we believe that such a change can only be made by someone who has not been deeply involved with, and substantially responsible for, the hollowing out of our military and the burgeoning threats facing our country around the world, the generals and admirals wrote. For this reason, we support Donald Trump's candidacy to be our next commander in chief.

Why Hillary Clinton wants to be president ...

"In general, the art of government consists of taking as much money as possible from one class of citizens to give to another." -- Voltaire

Homeland eyes special declaration to take charge of elections: Even before the FBI identified new cyberattacks on two separate state election boards, the Department of Homeland Security began considering declaring the election a critical infrastructure, giving it the same control over security it has over Wall Street and the electric power grid. The latest admissions of attacks could speed up that effort possibly including the upcoming presidential election, according to officials. We should carefully consider whether our election system, our election process, is critical infrastructure like the financial sector, like the power grid, Homeland Security Secretary Jeh Johnson said. There's a vital national interest in our election process, so I do think we need to consider whether it should be considered by my department and others critical infrastructure, he said at a media conference earlier this month hosted by the Christian Science Monitor. 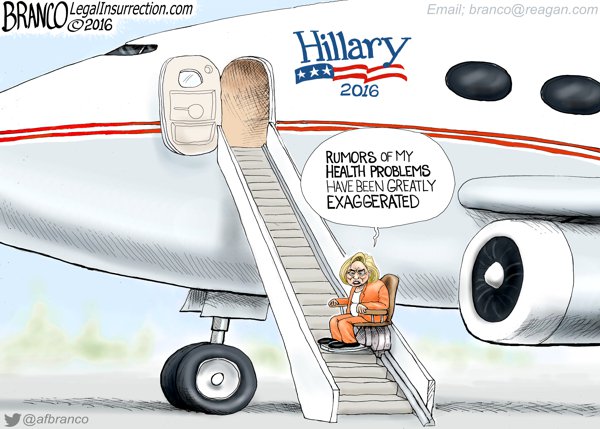 
Hillary Clinton's post-convention lead has disappeared, putting her behind Donald Trump for the first time nationally since mid-July.

My site counter has recorded 2,195,000 Page Views from 551,000 Unique Visitors to Tony Phyrillas on Politics. Thanks for checking out my blog ... and come back again.