The real faces of the school property tax issue 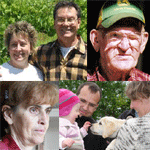 The Rendell Administration announced this week that Pennsylvania taxpayers would see an average of $169 in property tax relief from the casino gambling law passed in 2004.

It took four years and the best the state can do is $169? Never mind that most Pennsylvania property owners are being forced to pay hundreds of dollars more in school taxes in the past four years.

The 10-percent reduction in property taxes is a cruel hoax on the state's beleaguered taxpayers, who were promised "substantial" property tax relief by Gov. Rendell.

While Harrisburg politicians refuse to act on property taxes, check out "The real faces of the school property tax issue" at the PTCC Web site.

"I think that you'll agree that the stories clearly demonstrate the need for school property tax elimination and no more Band-Aids," says David Baldinger, PTCC coordinator.

Every member of the Pennsylvania Legislature should be forced to read these letters from constituents about how difficult it is to keep their homes under Pennsylvania's antiquated system of paying for public education on the backs of homeowners, many of them senior citizens on fixed income.

The only way to achieve elimination of property taxes in Pennsylvania is to vote out the members of the Legislature who failed to support The School Property Tax Elimination Act of 2007. April 22 is your chance to send a message to the political aristocracy in Harrisburg that you won't settle for anything less.