May the best kisser win 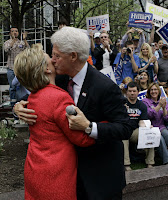 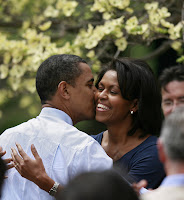 After six long weeks of campaigning in Pennsylvania, there's not much more to say about the Democratic Party contenders. Both candidates were photographed today smooching with their significant others.

Who makes the most convincing kisser? We may find out on Election Day.

And that rare photo of Sen. Hillary Rodham Clinton being kissed by her husband, former President Bill Clinton, was taken after he introduced her at a rally in Pittsburgh Monday. (AP Photo/Elise Amendola)