Was Barack Obama a Muslim? 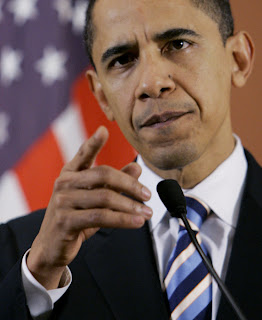 The rumors about Sen. Barack Obama's religious beliefs just won't go away. Isn't it time for Sen. Obama to address the questions about his faith, much the way Mitt Romney recently did?

This article from NewsMax.com puts the issue into perspective:

Was Barack Obama a Muslim?

The issue of Barack Obama's possible Muslim past has re-emerged with conflicting reports about the presidential candidate's childhood in Islamic Indonesia.

The controversy was initially touched off in early 2007 when several media outlets reported that Obama had attended a radical madrasa, or Islamic school, when he lived in Indonesia.

Obama spokesman Robert Gibbs quickly countered with a statement: "Senator Obama has never been a Muslim, was not raised a Muslim, and is a committed Christian."

The reports about the radical madrasa turned out to be false. But in March 2007, Gibbs amended his previous statement, telling the Los Angeles Times: "Obama has never been a practicing Muslim," the key word being "practicing."

Obama, his Kansas-born mother and Muslim stepfather moved to Jakarta, Indonesia's capital, in 1967, and Obama lived there from ages 6 to 10.

The Times sent a reporter to Jakarta to investigate Obama's childhood years there, and published an article on March 16 that included these details:

* A close boyhood friend of Obama, Zulfin Adi, said Barack "was a Muslim. He went to the mosque."

* Obama's first-grade teacher at a Catholic school, Israella Dharmawan, said: "Barry (Barack's nickname) was Muslim. He was registered as a Muslim because his father was Muslim."

* In the third grade, Obama transferred to a public school, where he was also registered as a Muslim. At the school, Muslim students attended weekly religion lessons about Islam.

* In his autobiography, "Dreams From My Father," Obama mentions studying the Koran and describes the public school as "a Muslim school."

More recently, Middle East Forum director Daniel Pipes wrote on FrontPageMag.com that his research led him to conclude that "Obama was born a Muslim to a non-practicing Muslim father and for some years had a reasonably Muslim upbringing under the auspices of his Indonesian stepfather."

But on Jan. 2, the liberal organization Media Matters for America (MMfA) took issue with Pipes' report, criticized him for relying too heavily on the Times article, which it claimed was "disputed," in an effort to "revive Obama-Muslim falsehood."

Media Matters cited a March 25 article by Kim Baker in the Chicago Tribune that challenged several assertions in the Times story. Barker wrote that boyhood friend Adi "was not certain" about his statements regarding Obama's childhood and that he "only knew Obama for a few months."

The Media Matters Web posting stated: "Additionally, the Tribune reported that 'interviews with dozens of former classmates, teachers, neighbors and friends show that Obama was not a regular practicing Muslim when he was in Indonesia.'"

Media Matters also said that "Pipes did not note that Obama's Indonesian stepfather, Lolo Soetoro, has been described in the Tribune as ‘much more of a free spirit than a devout Muslim.'"

Pipes asked if any of the information from the Chicago Tribune article refutes "my analysis, as MMfA contends. It raises questions about two details in the Los Angeles Times account — the accuracy of the Catholic school's registration form and the reliability of Zulfin Adi as a source on Obama. But on the larger issue of Obama's religious practices during his Jakarta years, it confirms the Times account."

Pipes concludes: "Therefore, what MMfA calls the 'Obama-Muslim' falsehood' is in fact confirmed by both articles as truthful and accurate."

And he adds: "All this matters, for if Obama once was a Muslim, he is now what Islamic law calls a murtadd (apostate), an ex-Muslim converted to another religion who must be executed. Were he elected president of the Untied States, this status, clearly, would have large potential implications for his relationship with the Muslim world."

what is the big about him being a suspected muslim? is being muslim a crime? after reading whats on http://obamamuslim.com I am convinced this is a retarded issue.