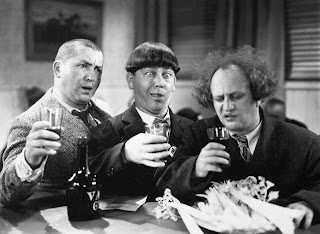 A great post over the weekend at PAWatercooler.com featuring a letter from Montgomery County Republican Party Chairman Ken Davis basically saying he wasn't around when his crony Jim Matthews destroyed the party by handing power over to Democrat Joe Hoeffel instead of sharing it with fellow Republican Bruce Castor.

The letter from Davis is hilarious. It reminds me of Sgt. Schultz from the old "Hogan's Heroes" television series. Schultz's famous line: 'I see nothing. I hear nothing. I know nothing."

That pretty much sums up Ken Davis' tenure as Montgomery County GOP chairman.

And I love the accompanying photo, which I presume is of the Montgomery County Republican Party brain trust.