Kucinich drops out, nobody notices 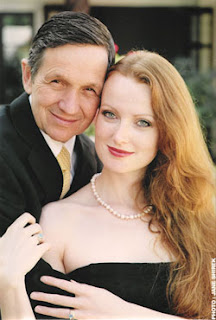 Kucinich, who attracted 0 percent of the Democratic Party vote so far, is dropping out so he can try to keep his current job, congressman from Ohio.

Kucinich, 61, is facing four challengers in the Democratic congressional primary March 4, according to The Associated Press. Rival Joe Cimperman has been critical of Kucinich for focusing too much time outside of his district while campaigning for president, the news service reports.

"I won't be president, but I can continue to fight for these important issues as the United States congressman representing the community that is first in my heart, Cleveland, Ohio," Kucinich told the AP.

What did Kucinich bring to the presidential race? Let's see. Kucinich, aka "Spaceman," proposed creating a cabinet-level Department of Peace, backed Hillary Clinton's universal health care plan and wants to see a gay marriage amendment added to the Constitution. He also pushed for the impeachment of Vice President Dick Cheney.

I'm sure the folks back on Ohio who are struggling to make ends meet are glad Kucinich championed their cause.

As for me, I'll miss Elizabeth Kucinich the most.

Yes, Elizabeth Kucinich is beautiful. You know who you should vote for now Tony? See video: Kucinich Drops Out and Doesn't Endorse Anyone
http://representativepress.googlepages.com/DropOut.html