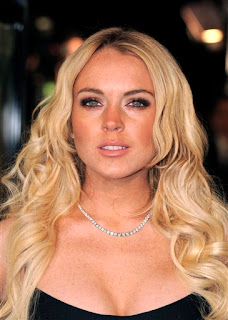 We know Lindsay Lohan is a bad actress, but she may have set a new low for a cinematic performance by screwing up both her roles in "I Know Who Killed Me."

Lohan's "performance" in the 2007 box office bomb was cited twice in the worst actress category by the folks who pick the Razzies each year.

The film received nine Golden Raspberry Awards® nominations to lead the pack as the worst film of 2007.

Our favorite leading lady plays two roles in the film, a small-town girl abducted by a psychopath and a stripper who's missing body parts.

"I Know Who Killed Me" is favored to win in the Worst Picture category. It also received nominations for Worst Screenplay, Worst Director and Worst Screen Couple (Lohan appearing opposite herself).

The 28th annual Razzie "winners" will be announced Feb. 23, the day before the Academy Awards are picked. Razzie winners get to go home a gold-spray-painted, $4.89 statuette.

Check out the full list of nominations for Razzies at http://www.razzies.com