One million Pennsylvanians won't get to vote April 22 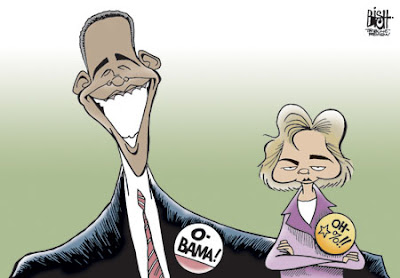 Nearly 1 million Pennsylvania voters will be barred from participating in the state's presidential primary unless they join one of the major political parties in the next month, according to The Associated Press.

The wire service is also reporting today that the Democratic Party is working on enticing independent voters as well as members of the Libertarian, Green and Socialist parties to register Democrats so they can have a say in the Barack Obama-Hillary Clinton race, which could be decided in Pennsylvania on April 22, 2008.

The last day to register for Pennsylvania's primary election is Monday, March 24.

That is also the deadline for changing your party affiliation in order to vote in either the Democratic or Republican primary.

Pennsylvania does not allow independent or third-party voters to participate in primary elections. You can change your party registration at any time, but you must submit the form at least 30 days prior to an election.

You can download a voter registration form, which can also be used to change your party affiliation, at the Pennsylvania Department of State Web site, http://www.votespa.com/ or pick one up at your county elections office, most municipal buildings, some libraries and some post offices.