Don't miss your opportunity to vote 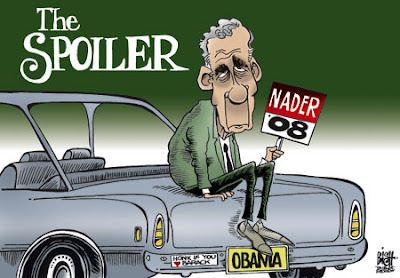 Nearly 1 million Pennsylvania residents won't be able to vote in the April 22 primary election because they are not registered as either Republican or Democrat.

Pennsylvania primaries are closed to independent and third-party voters.

So if you want to have a say in the Hillary Clinton/Barack Obama contest, you have to register as a Democrat. If you want to pick between John McCain, Mike Huckabee or Ron Paul, you have to be a registered Republican.

And you Ralph Nader fans better not hold your breath. The Democratic Party is working feverishly to keep Nader off the ballot in Pennsylvania.

Find out more about how to register and the deadlines by checking out this voters guide on The Mercury Web site.