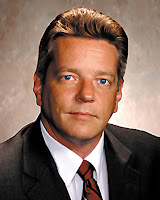 After leading the reform movement in Pennsylvania since 2005, Russ Diamond has decided to take battle directly into enemy territory.

Diamond, founder and chairman of PACleanSweep, has announced he will be a candidate for the 101st House District seat held by state Rep. Mauree Gingrich.

"The people of Lebanon County deserve a representative in Harrisburg who actually supports, obeys and defends our state constitution," Diamond said. "My candidacy is a natural extension of the PACleanSweep mission – replacing career politicians with energetic, effective leaders who can deliver change instead of just talking about it."

If elected, Diamond said he will refuse the perks most lawmakers (Gingrich included) take for themselves when they arrive in Harrisburg.

Diamond said he will adhere to the provisions of Article II, Section 8 of the document, which clearly states that legislators are entitled to "salary and mileage for regular and special sessions as shall be fixed by law, and no other compensation whatever."

Diamond founded PACleanSweep in July 2005 in response to the unconstitutional pay raise. The organization recruited 110 candidates for legislative seats and assisted more than 40 percent of the challengers in the historic 2006 primary election.

Thirteen individuals who signed the PACleanSweep candidate declaration were subsequently elected to the House, Diamond notes.

The pay raise was repealed as a direct result of public outrage and electoral pressure provided by Diamond and PACleanSweep.

"Constitutional rule was the cornerstone of PACleanSweep. It also happens to be the key to the Republican principles of limited government and individual freedom," Diamond said.

His legislative agenda will include eliminating property taxes, limiting government growth and advocating for a citizens' constitutional convention.

Diamond, 44, has owned and operated Raintree, a nationally known CD and DVD duplication service located in Annville, Lebanon County, since 1992.

In 2006 he was named one of three "Citizens of the Year" by the Philadelphia Inquirer for his efforts with PACleanSweep. In July 2006 he received the "Public Service Achievement Award” from Common Cause/Pennsylvania.

The 101st district includes the city of Lebanon, the boroughs of Cleona and Palmyra and the townships of Annville, South Annville, North Cornwall, North Londonderry and South Londonderry.