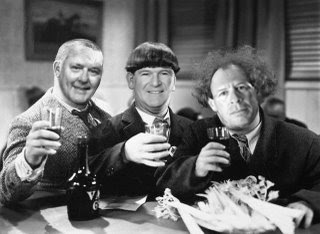 Reporter Margaret Gibbons says that Matthews, a U.S. Navy veteran, reneged on an alleged commitment to the pair to jointly reach out to the county's 60,000-plus veterans to bolster their candidacies, according to a letter sent out this week by Robert J. Sander and Dr. Gordon S. Clement to GOP committee members.

The pair was among the five Republican row office candidates to suffer unprecedented defeats by Democrats at the same time as the head of the GOP ticket, commissioner candidates Matthews and Bruce L. Castor Jr., won election.

In the letter, Clement and Sander said the entire GOP slate of candidates had agreed to run as a team.

Also, realizing the importance of the county’s veterans’ votes, the pair said they met with Matthews and planned a strategy to reach out together to veterans “with whom we all shared a natural bond based on our military service.”

The pair subsequently learned in September that Matthews, long at odds with Castor and who had started running his own shadow campaign, had done extensive outreach and mailings to veterans that excluded both Sander and Clement.

"Jim made a pledge to us personally (not Bruce and not the team) that we would work on this area together," Sander and Clement state in their letter. "Jim broke his word to both of us."

Matthews ran his own campaign on the side (with the assistance of county party chairman Ken Davis and National GOP Committeeman Bob Asher) and eventually made a pact with Democrat Joe Hoeffel to share power on the commissioners' board, leaving Republican Bruce L. Castor Jr. the odd man out.

Read the full story in today's edition of The Times-Herald in Norristown.

You can also read more about the letters at the Writemarsh blog.

Why doesn’t anyone talk about Ken Davis’ lobbying conflict of interest anymore?

Tony Phyrillas shed light on the issue back in March of last year, when he said:

“Castor's other goal is to sever a $7,500-a-month lobbying contract a firm connected to Montgomery County GOP Chairman Ken Davis has with the county commissioners. Castor believes it's unethical for a political boss to be awarded taxpayer dollars after his hand-picked candidates got into office. It happens all the time, but it still doesn't make it right.

"No one can convince me that paying taxpayer dollars to the firm of the party chairman each month is not unethical," Castor said in an e-mail to supporters. "Running with Jim (Matthews) paints me with that brush. The contract is wrong, should never have been agreed to and should have been repudiated as soon as Davis became chairman (one month after the award of the contract)."

Maybe that’s why Jim Matthews made the deal that he did??? What do you think?