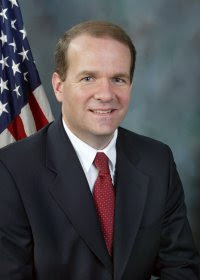 The House Republican Policy Committee held a hearing today in Harrisburg on ways to stimulate Pennsylvania's economy and help the struggling middle class. The best way for the state to do that is to lower the Personal Income Tax, according to testimony.

The hearing was co-chaired by Rep. Tom Quigley (R-Montgomery), who is sponsoring House Bill 1641 and House Bill 1092, both of which would lower the Personal Income Tax (PIT) rate.

"Pennsylvania is once again ahead on revenue collections for the current fiscal year, which is an indication that we are collecting too much money in taxes," Quigley said. "In the private sector, if I were overcharged for goods and services, my overpayment would be returned. That is exactly our goal in rolling back the PIT – returning to the people of Pennsylvania the money their government has been overcharging them in taxes."

In 2003, Gov. Ed Rendell pushed for an increase in the PIT from 2.8 percent to 3.07 percent. This resulted in nearly an $800 million tax increase on hard-working Pennsylvanians, Quigley said.

Pennsylvania taxpayers have paid an additional $2.7 billion in taxes since the governor's rate increase, according to Quigley. At this current rate, Pennsylvania will collect a record of more than $10 billion in PIT revenue in a single fiscal year.

Some of that money would be put to better use if taxpayers held on to it.

"We need to start focusing on middle-class taxpayers and small businesses instead of special interest groups," said Rep. Mike Turzai (R-Allegheny), chairman of the House Republican Policy Committee. "Reducing the PIT puts money back into the pockets of middle-class families and to small businesses, that are the backbone of our economy."

Matthew Brouillette, president and CEO of The Commonwealth Foundation, and Ronald Sniegocki, president of Sniegocki Financial Services, testified at the hearing.

"I can speak with conviction when I say that by reducing the PIT rate, you will be returning money to the small business engines of the Pennsylvania economy," Sniegocki said. "You can be assured the money will be used by this group to help grow their businesses, to buy that piece of equipment needed to attract those new sales or to hire that extra worker it currently cannot afford."

House Bill 1641 would reduce the PIT from the current rate of 3.07 percent to 2.99 percent. Reducing the PIT to 2.99 percent will save the taxpayers approximately $300 million.

"We have run our Computable General Equilibrium (CGE) economic modeling program, known as the Pennsylvania State Tax Analysis Modeling Program (PA-STAMP), on Rep. Quigley's proposal and project that his reduction in PIT would allow for the creation of an additional 26,671 jobs in the upcoming fiscal year and would return an additional $644 million of disposable income to the people of Pennsylvania. "This reduction in the PIT would not mean less overall revenue to the state, but continued growth in state taxes while leaving more money in the pockets of working Pennsylvanians and job creators."

Even though the Legislature is not in session, the hearing was well-attended.

Quigley's legislation is currently in the House Finance Committee.

While the most meaningful tax reform Pennsylvania residents are waiting to see is the elimination of school property taxes (House Bill 1275), a reduction in the state income tax would be welcome news for 2008.

What Gov. Rendell and House Democrats don't seem to understand is that a "surplus" is over-taxation. When the governor brags that the state is collecting more than in anticipated each month, that means the state is over-taxing its residents.

“Society in every state is a blessing, but government, even in its best state, is but a necessary evil; in its worst state an intolerable one; for when we suffer or are exposed to the same miseries by a government, which we might expect in a country without government, our calamity is heightened by reflecting that we furnish the means by which we suffer.” — Thomas Paine