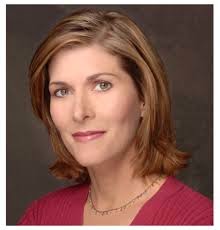 Acclaimed broadcast journalist Sharyl Attkisson, who was targeted by the Obama Administration for her investigative work into the Benghazi scandal and coverup, is coming to Pennsylvania next spring as a headliner for the Pennsylvania Leadership Conference, the annual gathering of the state's leading conservatives.

From the Pennsylvania Leadership Conference:

Sharyl Attkisson, investigative journalist, and author of the best-selling book Stonewalled, will be the featured dinner speaker at the 2015 Pennsylvania Leadership Conference to be held April 17-18 at the Radisson Penn Harris Convention Center in Camp Hill (Harrisburg), Pennsylvania.

For 20 years (through March 2014) Attkisson was a correspondent for CBS News. In 2013, she received an Emmy Award for Outstanding Investigative Journalism for her reporting on The Business of Congress.  She also received Emmy nominations in 2013 for Benghazi: Dying for Security and Green Energy Going Red

In September 2012, Attkisson also received an Emmy for Outstanding Investigative Journalism for the Gunwalker: Fast and Furious Story.  She received an Investigative Emmy Award in 2009 for her exclusive investigation into TARP and the bank bailout.

She is author of the current New York Times Bestseller, Stonewalled (Harper Collins) which addresses the unseen influences of corporations and special interests on the information and images the public receives every day in the news and elsewhere.

The Pennsylvania Leadership Conference is the premier gathering of conservatives each year in the Keystone State.  It is the largest and longest-running of the state-based conservative conferences regularly attracting a long list of conservative elected officials, scholars, journalists and activists for two days of speeches, panel presentations, workshops and networking.