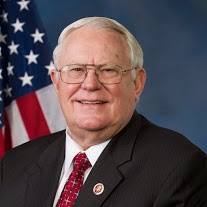 Senate Majority Leader Harry Reid, had a plan for keeping the Senate: don’t make moderate Senate Democrats vote on anything controversial. That plan was a failure. Next year, Republicans will be in firm control of the Senate.

I’m glad for that, but Reid’s strategy left a mess in Congress that had to be cleaned up before Christmas. Not a single appropriations bill was taken up this year in Senate. Under the standard Congressional budget process, each chamber should take up a dozen of these bills to fund government departments.

That meant that House and Senate negotiators had to work out all government funding in a single, large bill. That is a terrible way to do things, but that is the way Senate Democrats chose to operate. The House can’t simply send bills to the President on its own. Bills have to go through both chambers.

Working together, Democrat and Republican members of the Appropriations Committees put together an omnibus appropriations bill. It narrowly passed the House by a vote of 219-206.

This bill was far from ideal. It contains funding for many programs I disagree with. It does not represent a win for conservatives, but it is not a win for liberals either. In fact, legislators on both ends of the political spectrum were upset with the outcome. Elizabeth Warren, senator from Massachusetts, cried loudly for Democrats to oppose it. Ted Cruz, senator from Texas, lobbied Republicans to vote it down.

When both ends of the political spectrum have something to be upset about, then you can be reasonably sure that a bill is a fair compromise. I voted for the bill because I thought it was the best we could get given the circumstances. In divided government you have to take solace in small victories.

First of all, this bill allows the new Republican-led Congress to immediately deal with President Obama’s immigration order next year. The Department of Homeland Security is only funded through February 27. I like to use a military analogy: we have reinforcements on the way, but they are not here yet. If Republicans charge up the hill right now, we simply won’t win against the Reid Senate and Obama Presidency.

Republican control of the Senate will not mean that we get our way on everything. Senate filibuster rules still require 60 votes to bring up most pieces of legislation. The President can still wield his veto pen and we are not likely to find 67 Senators to overrule him. The difference will be that Republicans dictate what bills come up for a vote and when they come up for a vote.

Second, there were lots of small wins on important issues. The bill forces the administration to reveal Obamacare plans currently covering abortion, a first step in stopping the federal government from subsidizing the procedure. The bill also insists that the Department of Health and Human Services protect the conscience rights of people in California. In that state right now bureaucrats are forcing all plans regulated by the state to cover elective abortion, which is a violation of federal law.

The overall funding for the bill is actually less than what Republicans proposed in our own budget after we took back the House from Nancy Pelosi. This is far short of balancing the budget, but represents real progress considering that Democrats want to spend more and tax more.

A 1,700-page spending bill totaling $1.1 trillion is a bad way to legislate. When Republicans control the agenda next year, we have to insist on regular order. We have to pick through the spending bills and find real savings. We will have an opportunity to run the Congress according to conservative principles.

A word of caution though: the government will still be divided next year. In the next two years, the Republican Congress will have to make a strong case for a Republican president. In the 114th Congress, we won’t get everything we want, but we will get to present conservative solutions to the American people and give them a clear choice in 2016.