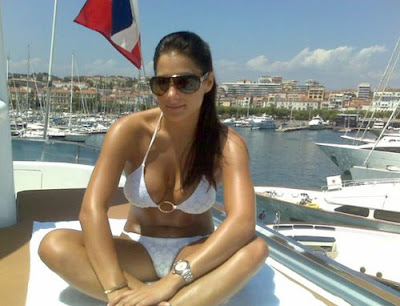 So this is the high-priced call girl who brought down New York Gov. Eliot Spitzer, who was a rising star in the Democratic Party before he got caught with his pants down.

The newspaper reported that Ms. Dupree took the 5:39 p.m. regional Amtrak down from Penn Station on Feb. 13 for her rendezvous with Spitzer at the Mayflower Hotel in Washington D.C.

Too bad the government was listening in.

This photo, released by The Associated Press, is a 2006 image obtained from a MySpace site.

Ms. Dupree is expected to rake in even more bucks, according to the NYC Scene Queen blog.

It appears Ms. Dupree is enjoying her 15-minutes of fame. Will anyone remember Eliot Spitzer next week?