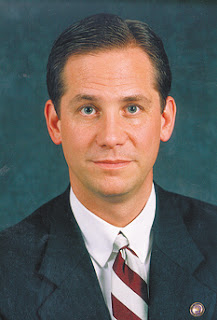 For those who were worried how Montgomery County District Attorney Bruce L. Castor Jr. was going to make ends meet when he gives up the D.A.'s post in January for a seat on the Montgomery County Board of Commissioners, there's no need to fret.

Castor has landed a job with one of the top law firms in Pennsylvania.

Not only will Castor draw a salary of $79,000 as a county commissioner, but he has unlimited earning potential as a shareholder and director with Elliott Greenleaf & Siedzikowski, P.C., of Blue Bell, Montgomery County.

"With our offices in Blue Bell, Scranton, Wilkes-Barre, Harrisburg and Wilmington, Elliott Greenleaf's busy federal and state court trial and appellate practice throughout Pennsylvania and the region is an excellent fit for Bruce Castor's talents and experience," John M. Elliot, chairman and CEO of the law firm said in a press release. "Bruce's electric and effective courtroom presence and trial experience will not only enhance our clients throughout the region and Pennsylvania, but will also work seamlessly with our corporate, entrepreneurial and health care clients on internal audits, compliance reviews, and developing business and trial strategies."

One of the top trial lawyers in Pennsylvania, Castor has racked up an impressive conviction rate as Montgomery County's top law enforcement officer over the past eight years. Castor gave up certain re-election to a third term to run for county commissioner.

He didn't do it for the money. As D.A., he earned $134,000 a year. He entered the race for county commissioner to keep control of county government in GOP hands for another four years. Castor accomplished that goal, finishing as the top vote-getter in the Nov. 6 election.

While some, like current Commissioner Ruth Damsker, consider the commissioner's job as a full-time position, others keep their hands in the private sector. For example, Tom Ellis, the current chairman of the Montgomery County Board of Commissioners (and the man Castor ousted in the May primary) worked for a law firm during his four years as commissioner. (Ellis accepted a $1-a-year salary from the county.) Matthews runs his own mortgage business. The other commissioner-elect, Joe Hoeffel, is also an attorney in private practice.

Castor is looking forward to keeping his hand in the courtroom as he bides time as a county commissioner.

"I have worked my entire life as a government prosecutor, and now look forward to applying my trial experience in the private sector for the Elliott Greenleaf firm's interesting and diverse practice throughout Pennsylvania," Castor said in a prepared statement.

Castor is the current president of the Pennsylvania District Attorneys Association. He has been a prosecutor in Montgomery County since 1986 and was elected district attorney of Montgomery County in 1999 and re-elected in 2003.

The new job will reunite Castor with Melissa Murphy Weber, a former state representative who was going to run with Castor in the May 2006 primary for county commissioner. Instead, the Montgomery County Republican Committee endorsed Castor and incumbent Commissioner Jim Matthews, prompting Murphy Weber to withdraw from the race.

(Stewart Greenleaf collects $76,000 as a state senator in addition to his earnings with the law firm.)