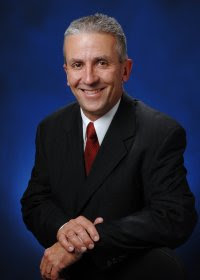 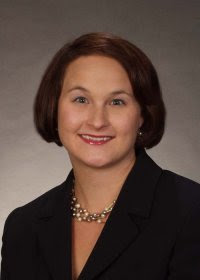 State Sen. Mike Folmer, a Republican, and State Rep. Lisa Bennington, a Democrat, have turned down the $2,549 pay raise that was awarded automatically to all 253 members of the Pennsylvania General Assembly.

Kudos to Sen. Folmer and Rep. Bennington for walking the reform walk. Too many lawmakers elected in 2006 abandoned the reform platform they campaigned on. They quickly became part of the problem when they settled into the lifestyle of the rich and famous that so many Pennsylvania legislators have become accustomed to.

Folmer has been keeping his pledge to constituents to change the culture of Harrisburg since the day he was sworn in. He turned down a lucrative taxpayer-funded pension and other perks lawmakers give themselves.

With the 3.5 percent increase that kicked in Dec. 1, Pennsylvania lawmakers are paid a base salary of $76,163 per year. That makes them the fourth highest-paid state legislators in the country, but since Pennsylvania has the second largest legislature (203 House members and 50 state senators), the Keystone State has the dubious distinction of having the most expensive legislative body in the land.

Pennsylvania taxpayers fork over $320 million a year to support the state Legislature, which includes 3,000 paid staffers to serve the 253 elected lawmakers.

Bennington told the Pittsburgh Tribune-Review she wrote a check to the state Treasury to return the raise to taxpayers.

The reason Bennington and Folmer have to write checks to the state Treasury to return the pay raise is that House officials refused to dock the pay increase from individual lawmakers' pay checks.

Bennington told reporter Brad Bumstead that she turned down the raise "because it is the right thing for me to do."

In an interview with the Harrisburg Patriot-News, Folmer said the annual cost-of-living adjustment violates the state Constitution's prohibition on legislators accepting higher pay during their current terms of office.

The automatic COLA was approved by the Legislature in 1995 when lawmakers said they would never have to vote themselves another pay raise as long as they received an automatic pay increase every year based on the cost-of-living index in Philadelphia (the highest in the state).

That pledge was broken on July 7, 2005, when the Legislature voted itself pay raises of 16 percent to 54 percent during a middle-of-the-night vote that launched the current reform movement in Pennsylvania.

The backlash over the pay raise ushered in people like Folmer and Bennington. They were among the 55 new lawmakers voted into office in 2006, but many of the 55 "reformers" sold out their constituents as soon as they arrived in Harrisburg.

What about your legislator? Is he or she keeping the pay raise? Let them know how you feel about "public servants" making nearly twice as much as most working Pennsylvanians. Throw in all the perks and benefits and it costs about $150,000 a year to support each member of the Legislature. Are you getting your money's worth?