Why the anti-Cyprus propaganda in the mainstream media? 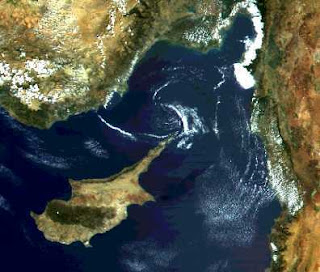 Any organization that helps publicize the plight of the Cypriot people and the power the Turkish lobby has over Congress is alright with me.

I recently became aware of the Cyprus Action Network of America (CANA), a grassroots, not-for-profit movement created to support self-determination and human rights for the people of Cyprus.

Cyprus has been occupied by 40,000 Turkish troops since the island-nation was invaded by Turkey in 1974. Despite dozens of United Nations resolutions calling for the end of the occupation, Turkey refuses to leave Cyprus.

And whenever anyone in Congress threatens to cut off billions in U.S. aid to Turkey, the powerful Turkish lobby steps forward.

CANA has launched a new campaign to fight what it perceives as pro-Turkish sentiment in the mainstream media.

It's odd that the media would side with the aggressor, Turkey, when it comes to reporting about Cyprus.

From a CANA press release: "The Cyprus Action Network of America is greatly concerned with the wave of Anti-Cyprus sentiment by the Turkish government's international industry of denial, lies and intimidation. In just the part two months, two major global financial newspapers, on both sides of the Atlantic, the Wall Street Journal in New York, and Financial Times in London, have issued articles and op-eds promoting false historical revisionism and anti-Cyprus propaganda with an eye toward legitimizing Turkey’s major war crimes of ongoing military-occupation, ethnic cleansing and cultural genocide in Cyprus."

Resolutions calling for a just end to Turkey’s brutal occupation of Cyprus, introduced into the current US Congress, have met fierce opposition, even at this late date, they have yet to cross the 10-percent plateau of support among Congressional representatives, CANA reports.

CANA is looking for support to counter the Turkish lobby and biased press coverage of the invasion and 33-year-old illegal occupation.

You can learn more by going to the Cyprus Action Network of America Web site at www.cyprusactionnetwork.org