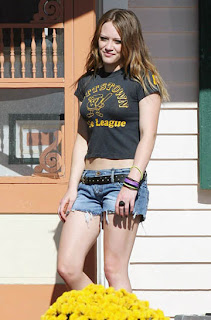 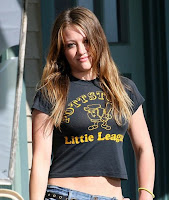 When was pop star Hillary Duff in Pottstown? And how come I didn't know about it? After all, I am the president of the local Hillary Duff Fan Club.

The photos, and a couple others, were originally posted at a Web site that specializes in photos of celebrities in T-shirts. I kid you not.

The 20-year-old singer/actress has been on tour to promote her latest album, "Dignity," but I don't recall the tour coming through Pottstown.

Hillary, call me next time you're in town.

Tony,..she's filming a new movie down the Jersey shore. Maybe the plot says she's from Pottstown?