Castor has broad shoulders but no coattails 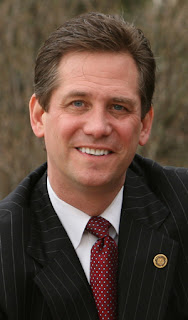 Montgomery County District Attorney Bruce L. Castor Jr. delivered on his promise to maintain Republican control of the Montgomery County Board of Commissioners but he's on the receiving end of verbal jabs from the county party chairman.

Castor gave up his high-profile job as the county's top law enforcement officer to run for commissioner because he saw a genuine threat by Democrats to take control of the commissioners' board for the first time in 130 years.

Castor was the top vote-getter in Tuesday's election, attracting 84,929 votes and carrying sad-sack Jim Matthews on his shoulder to keep the GOP majority on the three-member board.

Hey, how much water does Castor have to carry for the party? Castor was not only facing a well-funded Democratic ticket in Joe Hoeffel and Ruth Damsker, but also had to carry Matthews, who was a liability, and deal with constant sniping from Ken Davis and the guy who pulls Davis' strings, Bob Asher.

Castor had to constantly watch his back.

The day after the election, Davis is giving interviews to newspapers blaming Castor for the Republican Party's inability to hold on to the row offices. Davis told veteran political reporter Margaret Gibbons that his candidates "did not get the help they thought they would from Bruce (Castor.)"

Cry me a river, launch a boat and row yourself down downstream, Ken.

Way to take one for the team, Davis. What was that they said about the buck stops here?

Row office contests feature nameless, faceless party workers. The public doesn't know the candidates and for the most part, doesn't care who fills those seats. It's up to the parties to make sure they get out the vote for their people. This is where Davis fell flat ... again.

Row offices is where party chairman show their political acumen. In the case of Montgomery County, Davis couldn't hit water if he fell out of a boat.

If it wasn't for Castor, Democrats would not only hold the five row offices, but they'd be in charge of the commissioners' board. Davis originally backed Matthews and the other incumbent commissioner, Tom Ellis. That would have been the worst ticket since Carter-Mondale.

"This is exactly the type of finger-pointing that needs to stop if we are going to continue to be successful," Castor said. "Our party needs to move forward together and that is what I am committed to doing."

If Davis cared at all about the Republican Party in Montgomery County, he would have resigned over the row office debacle on Nov. 7.

The longer Davis remains as chairman, the worse things will get for the party. His term expires in 2008, but he's done enough damage already.

The future for the party is under Castor's leadership.

"It is my belief that a leader understands that when we win, we win together and when we lose, we lose together," Castor said. "That is how I intend to move — forward."