The Third Best 'Shrek' Ever 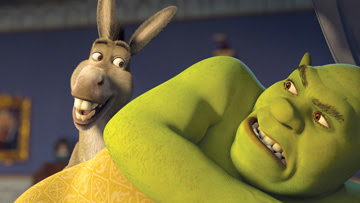 I've decided to branch out into film criticism today.

I've learned to take those blurbs on movie ads from so-called critics with a grain of salt. "Spectacular!" "Superb!" "Outstanding!" Come on. How many movies can you say that about? In most cases, you're lucky if you can stay awake for the entire film.

"Shrek The Third" is coming out on DVD on Tuesday. Dreamworks is using a quote from a critic who said the third installment of the computer animated series was "The Best Shrek Ever." I saw "Shrek The Third" and all I can say is that it was "The Third Best Shrek Ever." The first two films were much better. The latest "Shrek" entry had "product" written all over it, as in the studio released a product to boost toy sales.

The plot was contrived. The jokes were lame and it was clear everyone did the film for a paycheck.

I'll talk more about individual movies in the future, but today, I'm going to give you my list of the best film I've seen so far in 2007 and some clunkers.

The Best Films of 2007 according to Tony Phyrillas:

Worth Watching on DVD:

I'm sure there's something better on C-SPAN

Now you know where "Shrek The Third" stands. Not the worst film I've seen this year, but pretty darn close.