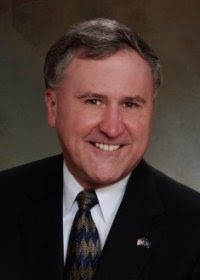 It's about time. If the news that Dick Willey (base salary of $289,000 and a 2007 bonus of $181,000) is retiring from the scandal-plagued PHEEA to collect an annual pension $370,000 doesn't upset every Pennsylvania taxpayer, somebody should be checking for a pulse.

Rafferty's bill may not prevent such flagrant misuse of public money in the future, but it provides some record of accountability. These "public servants" will be put on notice that someone is watching if they have to appear before the Senate for confirmation.

Each of those agencies is an example of wasteful spending, cronyism and mismanagement. Politicians routinely get jobs for friends and relatives with those state agencies or move from elected positions to high-paying appointed jobs with the agencies.

Rafferty, a Republican who represents the 44th Senate District in Montgomery, Berks and Chester counties, said the oversight measure would require majority approval by the Senate before anyone gets one of those plum jobs.

The proposed legislation stems from the recent selection process held by the governor's office when appointing a new CEO to the Liquor Control Board, Rafferty said in a written release.

Earlier this year, former Sen. Joe Conti, a Republican from Bucks County, was appointed by Gov. Ed Rendell to the newly created post of chief executive officer of the state Liquor Control Board, earning $150,000 a year.

Conti made $60,000 as a state senator. (The reason Rendell was so generous with a Republican lawmaker is that Conti guided Rendell's casino slots bill through the Republican-controlled Senate.)

Conti did not seek re-election to his Senate seat in 2006. He was one of 55 incumbent lawmakers who were forced into retirement or thrown out by voters at the polls in the wake of the July 2005 Legislative pay raise vote. Almost all of the ousted lawmakers voted for the 16 percent to 54 percent pay raise for themselves, the governor and state judges.

Public outcry, fanned by reform activists, bloggers, talk radio and newspaper columnists, forced the Legislature to repeal the pay raise in November 2005, but the state Supreme Court upheld the judicial portion of the pay raise. There are still a number of prominent lawmakers who have not returned the pay raise.

That has led to a campaign by PACleanSweep to oust nearly all of the state judges in the Nov. 6, 2007, General Election. Read more about the "Judicial Clean Sweep" effort at http://www.pacleansweep.com/

The pay raise furor has also forced the Legislature to propose all sorts of reform measures, but to date, more than 750 days after the pay raise vote, only one minor reform measure has been passed by the Pennsylvania Legislature. Read more about the state's stalled reform effort at http://www.democracyrisingpa.com/

Rafferty said the focus of his legislation is to create a more transparent process in which the Executive and Legislative branches of the Pennsylvania government work together to appoint future executive directors and chief executive officers for the aforementioned boards, agencies and commissions.

"These state agencies have control over billions of dollars of taxpayer money with little or no control or consent over the appointment of the CEO," Rafferty said. "The Senate should at a minimum have the ability to review the qualifications of the CEO to determine if they have the experience to run such a large agency and confirm the appointments. Much is at stake, including reform and accountability in government."