Christian Leinbach is the real deal 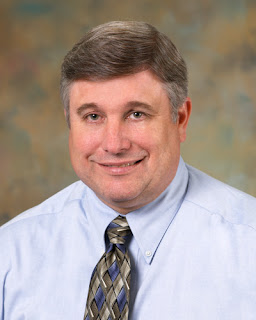 I sat down down recently with Christian Leinbach, a Republican seeking a four-year seat on the Berks County Board of Commissioners.

I've interviewed or observed hundreds of local, county and state officials over the past 25 years. I've known some good ones, a lot of mediocre ones and some who have no business holding public office.

Although he has never held elected office before, Leinbach is an impressive candidate, thoughtful, well-spoken and with a solid grasp of the issues.

Leinbach knows what he's talking about. He has devoted a lot of time in the past year educating himself on the issues facing county government. He's talked to county department heads, past and current office-holders and everyday people. He's done his homework and has a clear strategy for improving county government.

Leinbach's priorities are in the right place. He promises not to raise property taxes if elected and supports property tax elimination across the state. That's a refreshing position considering the current Democratic majority on the commissioners' board raised property taxes 34 percent in 2005. Incumbent Commissioner Tom Gajewski wants four more years after he pushed for a 34-percent? What do Berks County homeowners have to look forward to if Democrats retain control for another four years? A 50-percent tax hike?

In addition to his "No New Taxes" pledge, Leinbach wants the county commissioners to get more involved in fighting crime, which has spread from the City of Reading into the suburbs. The best the current Democratic majority has done over the past four years is hold endless meetings and hire consults to study the crime problem. Leinbach said there's been enough talk. It's time to start fighting crime.

"I will work with local law enforcement officials to make our neighborhoods safer," Leinbach said when he announced his run for commissioner. "These are the people who know Berks County and I have believe we should listen to local experts — not pay big bucks for outside consultants."

Leinbach's third priority is economic development. He is also concerned about the burden illegal immigrants are placing on Berks County taxpayers.

It would be refreshing to see a successful businessperson enter government. Tom Gajewski hasn't had a private sector job in more than 30 years. He's gone from one political post to another, collecting paychecks from taxpayers all the way. It's been my observation that lifetime politicians lose touch with the realities of everyday life.

Plenty of people talk about "running government like a business," but that's unlikely to happen as long as career politicians like Gajewski hold office. It takes somebody with practical business experience to bring fiscal accountability to government.

Leinbach is vice president of Westlawn Group, a graphics and marketing agency in western Berks County. He is also founder and publisher of Berks County Living magazine. You can learn more about where he stands on the issues at his Web site.

The other Republican running is incumbent Commissioner Mark C. Scott, who is seeking re-election to a fourth term. (Scott voted against the 34-percent tax hike that Gajewski supported).

Also running is Democrat Kevin S. Barnhardt, a last-minute replacement for Judy Schwank, who bailed out of the race instead of attempting to defend the 34-percent tax hike she and Gajewski approved.

Voters get to choose two commissioners on Nov. 6, with the top three vote-getters winning seats on the three-member board.

Thank God Christian Leinbach won. As a life-long democrat, I am usually suspect of any republicans agenda; however, Christian's makes perfect sense. As a working stiff, I'm tired of the taxes in this county that are 2/3 more than they'd be per the same 1/4 acre in Bucks County. This is due to the farmland preservation that the previous administration forced down the throats of the real working stiffs in this county. If farmland preservation cannot exist on the outrages subsidies already provided through our federal government than we should not have farms on the presumably infertile soil in this county. It's beyond time the Federal, county, and local governments in this country do something for the regular working person in this country. I'm on a fixed income just like the seniors that voted in the democratic county commissioners - my income is fixed based upon what my employers are willing to pay me. I can I'll afford a tax increase, particularly now that my job and the rest of my teams jobs are being outsourced to India. Try that with farming and see how much noise farmers make. Count me in for subsidizing jobs in this county before handing out more farm subsidies - we are already disproportionally subsidizing farms more than all other counties in this country save two. Enough is enough, get a job ... subsidy.