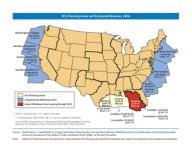 "Unlike the $790 billion stimulus package lawmakers just passed, increased offshore activity would fuel our economy without squandering taxpayer funds. In fact, oil and gas is one of the U.S.'s only industries in a position to put money into, rather than take money out of, the government's piggybank.

"With more than 85 billion barrels of recoverable oil and over 440 trillion cubic feet of natural gas located right off our shores, exploration in the OCS stands to contribute $273 billion annually to the national economy. That's good news, especially for the 46 states that now face a combined $350 billion budget shortfall for the next three fiscal years. Economic relief wouldn't end there -- America would sustain approximately 1.2 million well-paying jobs each year over the life of production.

Follow the link below to read the full report prepared by the American Energy Alliance:

Over a Million U.S. Jobs Locked Away in 'Off-Limits' Offshore Resources