And the winner is ... Paris Hilton 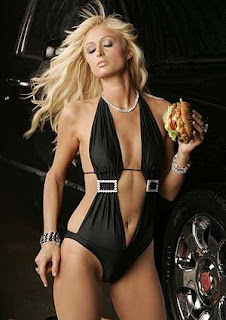 Did I just spend nearly four hours watching the Academy Awards? Or maybe I slept through most of it. Was this the most predictable Oscars telecast ever? No surprises in any category.

What was the point of the show if all the winners were predicted ahead of time? Did we really need to hear that awful speech by Sean Penn, Hollywood's ranking left-wing loon?

It's a shame that the 29th Annual Razzie Awards weren't televised. That would have made for more interesting television.

The Razzies, announced each year by the Golden Rasperry Award Foundation, spotlight the worst movies of the year, but I'm not so sure the 81st Annual Academy Awards and the Razzies didn't get some of their films mixed up this year.

The awful Mike Myers' movie "The Love Guru" won three Razzies, including worst picture, worst actor and worst screenplay. No argument here. It was supposed to a comedy but I didn't even crack a smile during the entire film.

But I have to differ on Razzies for Paris Hilton, who won for worst actress for "The Hottie and the Nottie."

Granted Hilton can't act or sing or dance or put a sentence together ... you get the picture, but "The Hottie and the Nottie" wasn't a bad film. I laughed out loud several times.

"Indiana Jones and the Kingdom of the Crystal Skull" was named worst prequel, remake, rip-off or sequel. Agreed. The movie was dull.

Check out the full list of winners at the Razzies Web site.

I also took exception with the Razzies last year when Eddie Murpy was picked as worst actor, wrost supporting actor and worst supporting actress for his multiple roles in "Norbit," which was a very funny movie.