Why is this woman still on state payroll? 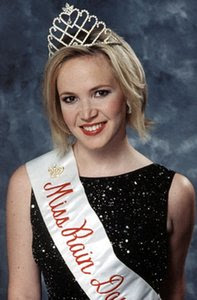 The Philadelphia Inquirer wants to know why Angela Bertugli, a former local beauty queen who told investigators she got her state job after having sex with the then-chief of staff to House Democratic Leader Bill DeWeese, is still on the state payroll.

Especially when Ms. Bertugli apparently has done little or no work on behalf of taxpayers other than providing sexual services to indicted DeWeese confidant Mike Manzo, according to the newspaper.

The Inquirer is also upset that "Terry Shaffer, an aide to former state Rep. Frank LaGrotta, is out of work after blowing the whistle on his boss' shenanigans. Shaffer went to prosecutors with evidence that LaGrotta's sister and niece had been given do-nothing state jobs."

In an editorial published today, The Inquirer says "Justice" in Harrisburg depends on "How you play the game."

Shaffer, the whistleblower who got the investigation rolling, should be lauded for his courage in shining a light on alleged illegal activity involving tax dollars. Instead, he's out of work and his house is in foreclosure, he told Daily News columnist John Baer.

Meanwhile, the beauty queen continues to get paid. Bertugli - crowned Miss Rain Day 2001 at a Greene County beauty pageant - was 21 in 2004 when she met DeWeese's former chief of staff, Michael Manzo, 35, at a bar. They shared drinks and then had a tryst in a car.

The following year the beauty queen was given a state job as a researcher in a field office above a cigar store in Pittsburgh. By 2006, her salary jumped 42 percent to $30,000, plus she got a $7,000 bonus.

Bertugli remains on the state payroll, and now makes $45,344. DeWeese defended her employment because she cooperated with investigators and told the truth.

In an earlier interview with the newspaper, DeWeese's spokesman, Tom Andrews, said that since the middle of last year Bertugli has been working eight-hour days in the legislative research bureau, a support office for 65 House Democrats who do not have researchers of their own.

Every Pennsylvania taxpayer should be fuming about the cesspool of corruption that is state government in Pennsylvania.

It's your money, folks. Did you know that the 253-member legislature has 3,000 staffers working for it? It's obvious from the Bonusgate indictments that many of these people have nothing to do except political work on taxpayers' time.

Let Mr. DeWeese and the rest of the party bosses in Harrisburg know you're mad as hell and won't take it anymore.

And for heaven's sake, stop sending the same people back to Harrisburg. Vote out incumbents on Nov. 4.

Terry Shaffer is no hero. He just wanted his piece of the pie. When he didn't get his fill, he went to the AG. LaGrotta is no saint. This is what Shaffer told a western Pa. newspaper in Jan. 2008.

"LaGrotta was out of office, and Shaffer looked to his friend to keep him employed. When that didn’t happen, Shaffer met with the state Attorney General’s office to discuss abuses within the state’s House Democratic Caucus."

Shaffer lost his job when his boss didn't win re-election.

Despite LaGrotta’s ouster from office, Shaffer believed he and fellow staffer Kevin Bowser would remained employed with the House Democratic Caucus.

“Frank told us he had gotten that guarantee from Mike Veon.”

Veon served as state representative in Beaver County and as House Democratic whip. He was defeated in the November 2006 general election.

*
“There were some guarantees made to me about future employment, which, for whatever reason, were never honored,” Shaffer said.

•
Shaffer said things would have been different had he been kept on by the House Democratic Caucus.

“I’m no hero. If I would have still been working there, I would have kept my mouth shut and just tried to avoid being involved with that stuff.

I agree that Angela Bertugli has to go, but don't give Shaffer any credit.

Wow this guy did something that Bill Clinton wasn't able to do ! Have the tax payers pick up the tab. I wonder how much it would have cost to get that black dress dry cleaned : )

Put them all in jail !