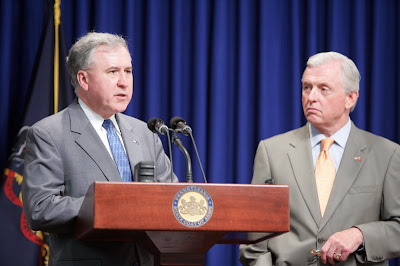 The proposal is aimed at further strengthening Pennsylvania's Megan's Law, which protects children and communities by requiring convicted sex offenders to register their names and addresses on the publically accessible Megan's Law Web site, www.pameganslaw.state.pa.us

Sen. Rafferty, who chairs the Senate Law and Justice Committee, and Sen. Jane Orie, R-40th Dist., are sponsoring legislation to require the use of GPS for individuals determined to be sexually violent predators; sex offenders who have been convicted of a subsequent sex offense after having been required to register; and individuals required to register under Megan's Law and who have been convicted of failure to comply.

"This is part of an ongoing process to protect the children of this Commonwealth," Rafferty said in a written statement. "It amazes me that a person can drive into Philadelphia and use his or her vehicle GPS unit to locate open parking spots but for some reason we still don't widely use this same technology to track pedophiles who seek to harm our children. It makes no sense to me and it needs to change as soon as possible."

The New Jersey State Parole Board recently issued a report concerning the GPS Monitoring of Sex Offenders Pilot Project Act, according to Rafferty.

The board concluded that: "GPS monitoring has contributed to a significantly lower recidivism rate than nationwide data indicates for high-risk sex offenders. The monitoring also provides an invaluable resource for investigations, by providing data that can be compared with the times and places of new sex crimes."

Under the legislation GPS tracking would be done by either the body supervising the individual's probation or parole or by the Pennsylvania State Police, according to Rafferty. It would be a criminal offense to tamper with or remove the GPS device, he said.

Sens. Rafferty and Orie are also sponsoring Senate Bill 1130 to require Pennsylvania to implement the Adam Walsh Child Protection Act, which seeks to create a national sex offender registry available on the Internet as well as uniform enforcement.