Michelle Malkin on the demise of John Murtha 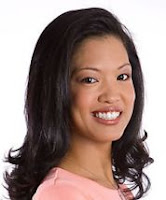 The Pennsylvania Congressman has embarrassed himself and his state repeatedly by being named Porker of the Year for his voracious appetite for pork-barrel spending.

Murtha has also given the state a black eye by his numerous slanderous attacks on U.S. troops fighting valiantly in Iraq and Afghanistan.

Despite the efforts of the Murtha camp to knock Russell off the ballot, the political newcomer received enough write-in votes in the April primary to win the GOP nomination for Pennsylvania's 12th Congressional District and faces Murtha in November.

Russell's clear on where he stands. No doubt Barack Obama would label him bitter and clingy. "I am a Conservative,” he says in his defining campaign statement. "I believe in the sovereignty and security of this one nation, under God. I believe the primary role of government is to provide for the common defense and a legal framework to protect families and individual liberty. … I believe that no one owes me anything just because I live and breathe."

Read the full column at michellemalkin.com

(HT to GUNSERVATIVELY! for pointing out the Malkin column.)