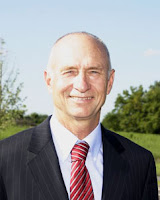 We've come to expect a certain amount of political mudslinging in an election year.

And candidates have been known to bend the truth a little or take information out of context to discredit their opponents.

But a smear campaign orchestrated by the Pennsylvania Democratic State Committee against 130th House District candidate Dick Gokey is as low as politics gets.

The Democrats sent a glossy, color mailer on behalf of state Rep. David Kessler that is pure sleaze. All the accusations against Gokey in the mailer are flat-out lies.

And Kessler can't pretend he had nothing to do with the smear campaign. The Pennsylvania Democratic State Committee doesn't send out attack ads without the full knowledge and consent of the candidate it supports, in this case, Kessler.

It's an indication of how worried the Democratic Party bosses in Harrisburg are about Kessler being able to hold the 130th District seat. Democrats, led by Bill DeWeese, who is at the center of the Bonusgate scandal, hold a one-seat majority in the 203-member House of Representatives.

Democrats can't afford to lose any seats and Kessler is vulnerable after a disappointing first term. Enter the Harrisburg sleaze machine.

The mailer identifies Gokey, who is chairman of the Amity Township Board of Supervisors, as a "tax-and-spend developer." Gokey is a self-employed custom-home builder and contractor. He's not a developer, as the Democrats allege.

It's common knowledge that the Rohrer plan requires raising the state sales tax or the income tax to make up for the funding shortfall to schools. But the elimination of property taxes would bring much greater savings for Pennsylvania homeowners than any corresponding increase in sales or income taxes. So claiming Gokey is for "higher taxes" is another lie.

The Democratic flier says Gokey "destroyed open space." Another lie. Amity is one of the fastest growing municipalities in Berks County, but almost all of the major housing developments that "destroyed open space" were approved 15 to 20 years ago, long before Gokey was elected a township supervisor.

The flier also says "Gokey is bankrolled by developers" but offers no evidence other than to say he received campaign donations from the Home Builders Association. "He continues to approve overdevelopent initiatives," the Democratic attack ad says.

In reality, Gokey has been a supporter of managed growth along Route 422 and Route 662. He is a longtime proponent of farmland preservation and has worked to bring more recreational facilities to Amity. Gokey is an avid outdoorsman who believes in preserving open space.

Amity is blessed by having a major highway (Route 422) cross through it. The township can direct commercial development along the busy highway to help ease the tax burden on residents.

Gokey says he's proud to have the support of the business community, citing endorsements from the Greater Reading Chamber of Commerce & Industry in Reading, the TriCounty Area Chamber of Commerce in Pottstown and the Pennsylvania Business Council in Harrisburg.

Gokey wants to lower Pennsylvania's Corporate Net Income tax, one of the highest in the country, to encourage businesses to move to Pennsylvania and bring new jobs to the state.

The Pennsylvania Business Council had this to say in its endorsement: "Not only does Gokey have the right pro-business philosophy; he has already practiced what he preaches. As an Amity Township Supervisor, Dick Gokey has consistently fought to keep taxes low. He has worked hard to bring economic development to his community."

Kessler went to Harrisburg with good intentions, but he's fallen in with the special interests and the party bosses. He votes with Bill DeWeese 99 percent of the time. He's become part of the problem.

For more on Gokey, visit his campaign Web site, http://www.gokeyforpa.com/

Kessler is one and done, R's will retae control of house, I see DeWeasel losing