Let's have that experience debate 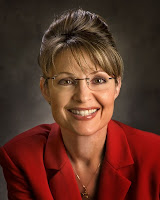 I can't believe the Obama-lovers are actually going to use the experience factor to criticize Alaska Gov. Sarah Palin.

Look at this way. Palin is running for vice president. If she gets in with John McCain, she'll have plenty of time to earn more experience. What's Obama going to do if he's elected president? Name Joe Biden as "acting president" until Obama gets enough training for the job?