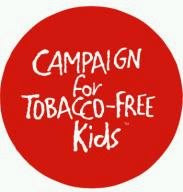 Pennsylvania is ranked 26th out of 50 states in preventing children from smoking. Mediocrity is the state motto under the Rendell Administration.

Some key findings from a report released by the Campaign for Tobacco-Free Kids:

Pennsylvania currently spends $33.2 million a year on tobacco prevention programs, which is 21.4 percent of the $155.5 million recommended by the U.S. Centers for Disease Control and Prevention (CDC).

The tobacco companies spend more than $553 million a year on marketing in Pennsylvania. This is almost 17 times what the state spends on tobacco prevention.

Pennsylvania this year will collect $1.3 billion from the tobacco settlement and tobacco taxes, but will spend less than 3 percent of it on tobacco prevention.