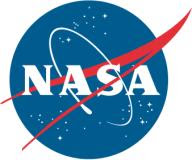 A middle school in the Bethlehem, Pa., area has been chosen by NASA to fly a student-designed experiment aboard the space agency's reduced gravity aircraft, the "Weightless Wonder."

From a NASA press release:

The school's immediate mission is to finalize the concept of its experiment and work with a NASA mentor to get the experiment flight-ready. The team will need to decide which educators will execute and accompany the experiment aboard the aircraft. Those educators will travel to NASA's aircraft facility at Ellington Field and the Johnson Space Center in Houston on Feb 19, 2009, to prepare for their flight the following week.

"The goal of the NASA Explorer School Program is to equip the next generation of explorers. These flights are an illustration of how NASA can connect space, math and science to classrooms on Earth," said Rob Lasalvia, NES program manager.

Read more about the project and the participation of Broughal Middle School at the link below.