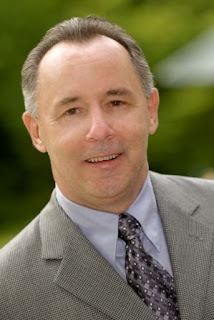 The seat has been held by Democrat Mike O'Pake for the past 30 years.

In making its endorsement, the PCTA noted Fuhs' "unequivocal support for the enactment of Pennsylvania House Bill 1275, the School Property Tax Elimination Act, pending legislation that would abolish school property taxes for all Pennsylvania homeowners and restructure a crumbling, antiquated education finance system," according to the group's press release.

"For 30 years the residents of Berks County have been deceived time and again by phony, unsound property tax relief schemes and false promises of property tax reform," said David Baldinger, PCTA spokesperson and the administrator of the Pennsylvania Taxpayers Cyber Coalition. "Steve Fuhs has taken a definitive stance on this vital issue with his pledge to work for the passage of House Bill 1275, legislation that will at last give legitimate, sustainable relief to the homeowners of Pennsylvania through total school property tax elimination."

Rebecca Heller of the Patriot's Voice, a PCTA member group, added: "We need more people like Steve Fuhs who are willing to run against the incumbent group who have promised much and done nothing. The Patriot's Voice wishes Steve Fuhs much success in his bid to unseat the District 11 incumbent Senator."

Berks County PCTA member groups who contributed to the endorsement of Fuhs include the Brandywine Heights Taxpayers Association and Oley Concerned Citizens.

The Pennsylvania Coalition of Taxpayers Associations is an alliance of 30 grassroots taxpayer advocacy groups from across Pennsylvania that is dedicated to equitable education funding reform thought the enactment of House Bill 1275, the School Property Tax Elimination.

Fuhs is currently serving on the Reading City Council. For more about his campaign for state Senate, visit his Web site, http://fuhsforpa.homestead.com/