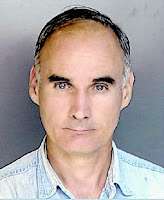 A Norristown landlord is behind bars on charges of allegedly videotaping current and former female tenants by installing cameras in bathrooms and bedrooms of apartments he rented to the women, authorities said.

Thomas Daley, 45, of Phoenixville, is charged with invasion of privacy, criminal use of a communication facility and violations of the wiretap and surveillance laws. He is being held on $1 million bail.

This equipment, which was hidden in bathrooms, bedrooms and living rooms, was hooked up to enable him to spy on the private activities of his clients from his computer at home for his own sexual gratification, Ferman told Gibbons.

"This is just creepy at its worst," Ferman told Gibbons. "This kind of personal invasion is just harrowing. These victims just now are finding out that their most private, most personal times in their own homes have been captured on videotape and that somebody else has been watching them for their own personal gratification."

Read the full story in today's edition of The Mercury.