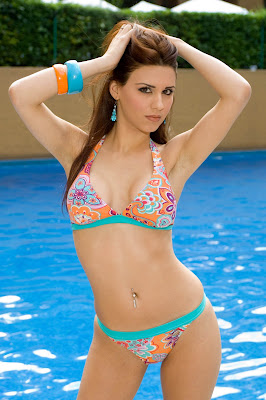 As some of you know, I was born on the island of Cyprus. I spent most of my youth in Cyprus before my family moved to the United States. A favorite family tradition has been to gather around the TV and watch the Miss Universe Pageant.

We always root for Miss Cyprus (and Miss Greece) and we boo Miss Turkey. (For those of you who aren't up on world history, Turkey invaded the island of Cyprus in 1974 and still occupies the northern third of the island in violation of U.N. resolutions and U.S. law. The United States supplies the Turkish military, but all U.S. military sales stipulate that the weapons cannot be used for offensive purposes. Invading a neighboring country is not what the U.S. had in mind. But every U.S. president since Gerald Ford has looked the other way at Turkish aggression and continued to prop up the Turkish government.)

Anyway, enough politics. Back to Miss Universe. The 56th annual Miss Universe competition from Mexico City will be shown live on Monday, May 28, at 9 p.m. on NBC.

Here's a prediction about next week's contest. Miss USA will be one of the finalists. And so will Miss Mexico. The Miss Universe Pageant is a lot like professional wrestling. You kinda know that Miss USA will always be a finalist and so will the representative of the host nation. Small countries, like Cyprus, usually don't make it into the final 10 for Miss Universe, but I have a good feeling about this year's event.

I will be cheering on Miss Cyprus and as you can see from the photo, Polyvia Achilleos, Miss Cyprus 2007, certainly has the qualifications to be crowned the next Miss Universe.