'Welcome to the 2009 Unnamed Holiday Season' 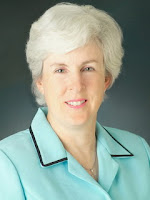 Welcome to the 2009 Unnamed Holiday Season

We will shop for Unnamed Holiday gifts. Our children will participate in public school Unnamed Holiday concerts celebrating snow, sleigh bells, and red-nosed reindeer, and then enjoy an Unnamed Holiday break. Municipalities will decorate with Unnamed Holiday trees, wreaths, bells, and maybe a life-sized Santa Claus complete with elves. Some retailers will again order their employees to offer only Unnamed Holiday greetings to customers. And of course there will be an undetermined number of court battles to force more Americans to Unname the holiday before us.

The situation would be amusing if the stakes were not so high. Unfortunately, the stakes could not be higher.

The argument given by the "Unnamers" is always framed as a Separation of Church and State civil rights issue. In reality, it has nothing to do with any particular Church. The goal is not keeping the State separate from a particular denomination. The goal is Separation of God and State. Americans as individuals may believe in a Deity, but that belief should have no place in the public arena. In the public arena, the secular State should be the final authority.

This has nothing to do with protecting individual civil rights and everything to do with expanding the power of the State. It is a fundamental shift in the fabric of our culture.

If there are no unalienable rights, then the purpose of Government changes from "securing these rights" with the "consent of the governed" to something else. Something defined and controlled by the very Government that was instituted to protect us.

Something that inevitably becomes tyranny.

When Government seeks to grow, it must redefine itself from Servant of the governed to Master. Step One in that redefinition is removal of competitors. Hence, the Unnamed Holiday.

Everyone knows that one does not have to be Christian to celebrate the birth of Christ. He is the most pivotal figure in human history. Even our calendar is based on him. The celebration is a birthday party with a universal invitation to participate at whatever level an individual desires. And for two centuries Americans of all religious beliefs celebrated in joy and fellowship.

It's not the birth of Christ that is the problem. It is the Person. He taught us the truths that this country is founded upon – that there is a divine and almighty Creator, that our rights are unalienable because they come from Him, that Government was instituted to protect those rights, and that Government is answerable to both that Creator and the governed for its performance in that protection.

Two centuries ago, a group of gifted and courageous men, with "a firm reliance on Divine Providence," sacrificed all they had to give us a society based on those truths. Without the recognition of His existence and His authority, we will not preserve that society.

In that spirit, let me be the first to wish you a Merry Christmas!

Peg Luksik is seeking the Republican nomination for U.S. Senator from Pennsylvania in 2010. For more information about her campaign, visit www.pegluksik.com