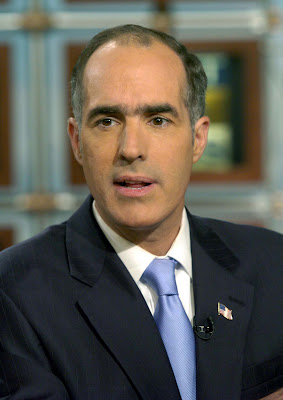 The U.S. Senate voted this week to make English the national language on the United States.

The vote to designate English as the official language of the U.S. was approved by a vote of 64-33.

Not only is the vote symbolic, but the Senate bill also reduces entitlement to multilingual services, something most Americans support. In other words, if you want to be a citizen of the United States, the very least you can do is speak the language.

(By the way, 30 of the 50 states have laws on the books designating English as the official language, but that's not the case in Pennsylvania.)

The S.I. Hayakawa National Language Amendment Act of 2007, offered by Sen. James Inhofe to the comprehensive immigration reform legislation currently pending in the Senate, declares that there is no affirmative right to receive services in languages other than English, except where required by federal law.

"If we want to understand what made past waves of American immigrants so successful, we must focus on the language that helped them become Americans -- English," said Mauro E. Mujica, chairman of U.S. English Inc. "I want to thank those Senators who voted to continue America's proud tradition of uniting our diverse people through one common language. In recent years, our nation has gotten away from the strong governmental message sent by operating overwhelmingly in English. This vote indicates that we are ready to leave the failed experiment of government multilingualism and return to increasing English learning."

Pennsylvania voters made a serious mistake in November 2006 when they elected the far left Bob Casey Jr. to the U.S. Senate over Republican Rick Santorum. (Santorum was the No. 3 most powerful member in the Senate. Casey is ranked No. 92 (of 100) in the Senate, according to the power rankings by the Web site www.congress.org)

Casey, aka Silent Bob, has has zero presence in the Senate in the past five months and Pennsylvania voters are just now starting to realize how far to the liberal extreme Bobby Casey really is.

You can see how your Senator voted by going to this Web site: http://www.senate.gov/legislative/LIS/roll_call_lists/roll_call_vote_cfm.cfm?congress=110&session=1&vote=00198

While the measure does not prohibit information and documents in languages other than English, it clarifies that while a government agency can opt to provide services in English, citizens do not have an affirmative right to ask for such services. An exception is made for existing federal law, such as in health care and judicial matters. Sixteen Senators were co-sponsors of the measure.

A Zogby International poll released in May found that 83 percent of Americans support making English the official language of the United States. The poll of 993 likely voters revealed that strong majorities of Democrats, Republicans and Independents favored official English legislation.

Last year, the Senate approved a similar amendment by Sen. Inhofe by a bi-partisan vote of 62-35.

U.S. English Inc. is the nation's oldest and largest non-partisan citizens' action group dedicated to preserving the unifying role of the English language in the United States.

Founded in 1983 by the late Sen. S.I. Hayakawa of California, U.S. English can be found on the web at: http://www.usenglish.org

You're about an idiot, Phyrillis. Thank goodness I'm the only one posting to this blog about Casey so far. It means no one else is reading your useless 'political' commentary. How far left Casey is? And Santorum was the better choice? The elections last November were an indication that this country is sick and tired of conservative politics as usual, which is all about division, personal attack, and empty pandering to the Republican base. All we heard last summer was that the Dems were bereft of ideas, while we watched the Republicans from the modern do-nothing Congress introduce bills on stem cells, gay marriage, flag burning and the usual pablum gulped down by their uninformed, redneck base. And here we are again, Inhofe introducing an English language bill. Who cares?? We're up to our necks in Iraq and sinking fast, oil prices are through the roof and this idiot king in the White House does nothing to promote alternative fuels while he eliminates habeas corpus and ignores the rule of law, there are 10,000,000 children in this country without health insurance, and on and on. Where's your Idea Party, Tony? Oh, yeah, worrying about whether we should make English the official language in the US. My God. How pathetic they are, and you for shilling for them.