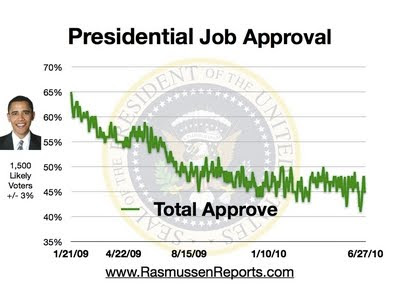 Just 25% of the nation's voters Strongly Approve of the way that Barack Obama is performing his role as president, according to the latest Rasmussen poll.

But the real eye-opener is the fact that just 50% of Democrats Strongly Approve of Obama's job performance.

Having already lost Republicans and independents, Obama's Democratic base is now eroding. Can you say "one-term president"?