Citizens Against Higher Taxes has endorsed Republican Larry Medaglia in the special election for the 11th District State Senate seat.

The race to fill the remaining two years of the term held by the late Sen. Mike O'Pake features Republican Medaglia against Democrat Judy Schwank. The election is Tuesday, March 15.

From the endorsement announcement by Dr. James H. Broussard, chairman of Citizens Against Higher Taxes:

"Larry Medaglia has shown that he cares first and foremost about the taxpaying families of the 11th Senate district. He has signed the Americans for Tax Reform pledge to vote against any and all net increases in taxation. Judy Schwank has refused to rule out raising your taxes.

Larry Medaglia has pledged to support and vote for the complete elimination of property taxes, the most regressive and unfair of all our taxes. In 2001, Schwank raised voted to raise your county property tax by 18%. Then, in 2005 she raised your property tax again - this time by 34%. That was too much even for her fellow Democratic commissioner, Tom Gajewski. In 2007 he wanted to cut those high tax rates - but Judy Schwank said no.

And here's the worst of it. Even those back-breaking tax hikes couldn't keep pace with Judy Schwank's desperate urge to spend more and more and more taxpayer money. In her time as county commissioner, spending rose by almost $100 million. And since even Judy couldn’t raise taxes fast enough, she borrowed millions upon millions that Berks County families will have to pay back - with interest. One commissioner calculated that Judy Schwank piled up so much debt that Berks County owes more per person than any other county in the state.

In summary, here's what Schwank did as your commissioner: she raised your taxes. Then she raised them again - a total of 52%. Then she voted against cutting those sky-high taxes. Then she drove the county's debt to the highest level per person of any county in the state. Then she walked away from the mess she made, took a job out of the county, and left Berks County families to bear the burden of her high taxes and huge debt. 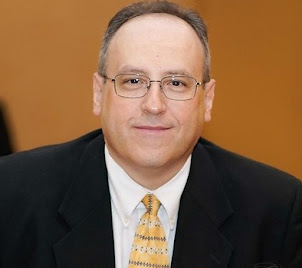