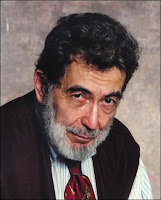 From a recent Nat Hentoff column about the Obamacare fiasco:

And I wonder how many seniors among the voters this year and in 2012 know, as Peter Ferrara and Larry Hunter reported in the Sept. 9 Wall Street Journal that Richard Foster, Medicare's chief actuary notes: "Medicare payment rates for the doctors and hospitals serving seniors will be cut by 30 percent during the next three years."

I am an octogenarian, with more articles and books to write, and although I used to be a Democrat, I'm far from voting for the straight Democrat ticket this year. I did not vote for Obama last time because he is so avidly pro-abortion, and I'm a pro-lifer. But in the midterm elections, and if he goes for a second term, I'm voting for my own life -- to escape Obamacare.

It is President Obama who's using "scare tactics": by threatening objectors to his command that we buy health insurance or else be forced to pay a fine.

Mr. President, I am an American, sir, and will vote for the Constitution.

Good analysis, Mr Hentoff! Our whole family dating back to the 30s were all Democrats. There isn't one of us that are Democrat now. I admire you for your stand.