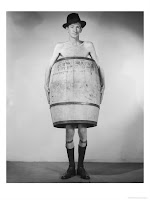 The Heritage Foundation has released a new report detailing the devastating effects on middle class families if Barack Obama and Congressional Democrats allow the Bush Tax Cuts to expire.

Democrats, who control both houses of Congress and the White House, have refused to extend the middle class tax cuts, which are set to expire on Dec. 31, 2010. Senate Majority Leader Harry Reid said no vote will be taken until after the Nov. 2 election.

The Heritage Foundation says the Democrats' attempt to spin the tax cuts as class warfare is an insult to voters. Failing to extend the Bush Tax Cuts will result in higher taxes for most Americans.

The President and his supporters are calling for tax increases, primarily on upper-income taxpayers and businesses— including small businesses, the primary job creators in the country. Those who will be most burdened if this plan becomes law are the millions of Americans just starting their economic lives and the millions more trying to find work after the worst recession in 60 years.

The rest, whose lives are affected by the investments and business decisions of those taxpayers in the high-income classes, will share the burden.

No income earner will be unscathed. Instead of extracting more income from the private economy, Congress should immediately reduce its spending and enact fundamental entitlement reform that supports strong economic growth.

Economic conditions, already in a death spiral under Obama, will get worse, according to the report:

• Slower economic growth: Inflation-adjusted gross domestic product (GDP) would fall by a total of $1.1 trillion between FY 2011 and FY 2020. GDP in 2018 would fall by $145 billion alone. The growth rate of the economy would be slower for the entire 10-year period.

• Fewer jobs: Slower economic growth would result in less job creation. Employment would fall by an average of 693,000 per year over this period

• More unemployed Americans: Slower growth in employment translates to a higher unemployment rate, which would rise more each year during the 10-year period than it would without the Obama tax hikes.

* In other words, for Americans who are unemployed now, their prospects of employment would worsen under the Obama tax plan.

You can view the report by clicking here.