What's on the minds of Pennsylvania voters? 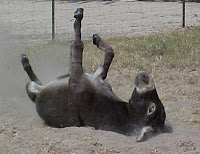 It's beginning to look like a GOP rout in Pennsylvania as voters are looking for change after the disastrous Obama administration and Democratic-controlled Congress.

1) The percentage of Pennsylvanians who say the state is headed in the right direction now stands at 30 percent -- a 15 year low -- while 58 percent believe it is off on the wrong track.

3) In the governor's race Tom Corbett holds an 11 point lead over Dan Onorato, (38% to 27%), among likely voters with slightly less than one third (31%) undecided and four percent who would chose someone else. Among registered adults, Corbett holds a one point lead, (29% to 28%), with 39 percent undecided and four percent supporting another candidate. Registered adults cite the economy, reducing spending/debt, and taxes (29%, 11%, and 9%), respectively, as the most important issues in their vote for governor.

4) Among likely voters, Pat Toomey leads Joe Sestak (40% to 31%) in their primary race for U.S. senate, with about one in four (26%) undecided and three percent with another choice. When registered adults are considered, Toomey's lead narrows, 31 percent to 28 percent, with almost four in ten (38%) without a preference. More registered Pennsylvanians cite the economy (35%) as the most important issue in their vote for U.S. senate than did in May (26%).

5) President Obama's job approval in Pennsylvania remain relatively weak with only 37 percent of voters finding his performance positive, specifically nine percent "excellent" and 28 percent "good." Five times as many Pennsylvanians (35%) rate the president's job performance as "poor" compared to "excellent." Governor Ed Rendell's job performance is even weaker -- only 30 percent find his performance positive, seven percent find it "excellent" and 23 percent say it is "good." The same proportions (30%) say he is doing a "poor job."

Complete results can be found at http://politics.fandm.edu